A former Democrat candidate for Massachusetts State Representative has been caught on camera by a group of pedophile hunters attempting to meet up with a 14-year-old boy for sex. Matt Trowbridge, who currently works for a nursing home, was busted by an activist group called Predator Poachers of Massachusetts trying to meet a child for sex through the app Grindr. The group does “To Catch A Predator” style stings and posts them on YouTube.

Agitators Get Dirty To Push Institutional Racism In Texas’s No. 1 School District 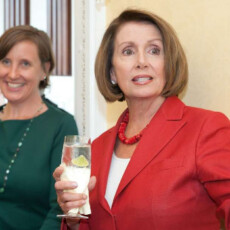 Nancy Pelosi Explains Why its ‘Ridiculous’ to Have Things Bipartisan