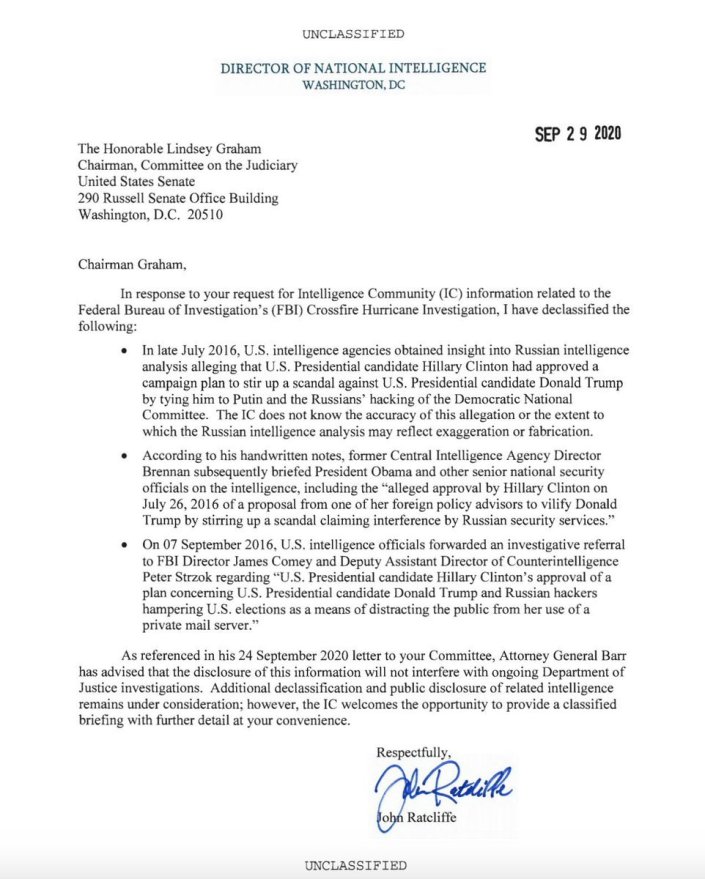 Graham said the newly uncovered documents may suggest a double standard at the FBI.

“This latest information provided by DNI Ratcliffe shows there may have been a double standard by the FBI regarding allegations against the Clinton campaign and Russia,” Graham said in a statement. “Whether these allegations are accurate is not the question. The question is did the FBI investigate the allegations against Clinton like they did Trump? If not, why not? If so, what was the scope of the investigation? If none, why was that?”

This story is developing. The first documents from Ratcliffe are just being released.

“In late July 2016, U.S. intelligence agencies obtained insight into Russian intelligence analysis alleging that U.S. Presidential candidate Hillary Clinton had approved a campaign plan to stir up a scandal against U.S. Presidential candidate Donald Trump by tying him to Putin and the Russians’ hacking of the Democratic National Committee,” the DNI wrote. “The IC does not know the accuracy of this allegation or the extent to which the Russian intelligence analysis may reflect exaggeration or fabrication.”

OMG🚨🚨🚨JUST DECLASSIFIED: The Russia hoax was Hillary’s plan, and the Obama-Biden White House was briefed on it. pic.twitter.com/ytquclKKg1

BREAKING: According to handwritten notes, Brennan briefed Obama on Hillary’s approval of a proposal to attack Trump in the 2016 election by tying him to Putin pic.twitter.com/lnwTFwjoAf 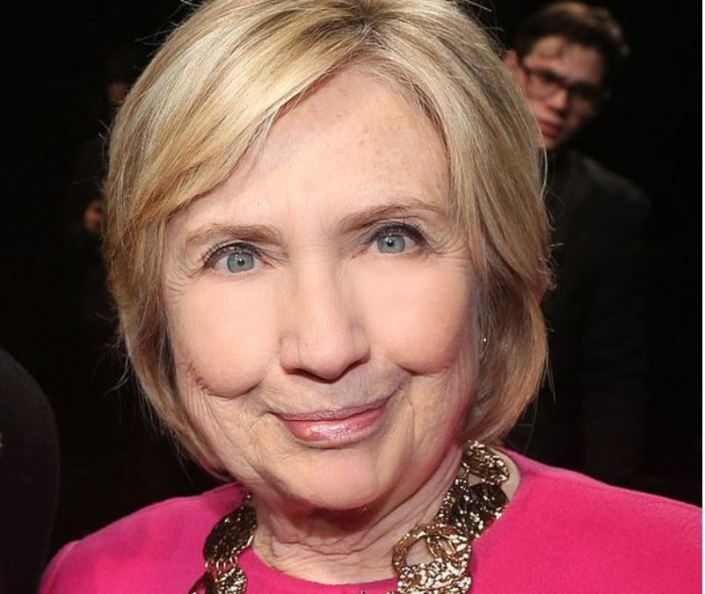 Citizen Free Press is the homepage for real America. The Drudge Report has abandoned conservatives. We are filling that void, and more. News Junkies — Bookmark our home page, and try not to get addicted. 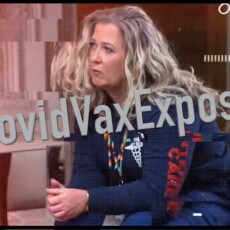