I have a standing rule never to write about current events in a state of anger; forgive me for violating my own standard… this is infuriating (albeit not unexpected).  The two-tiered judicial process to target a ‘transparently innocent’ man continues.  [Links Below]

As anticipated, on the last day prior to DC Circuit Judge Griffith departure, the DC en banc panel has rejected the Flynn writ of mandamus and now sends the case back to Judge Emmet Sullivan for final disposition.  One way of looking at this is the DC circuit attempting to save face for Judge Sullivan by granting him the ability to do the right thing.

Another way of looking at this is a judicial stall tactic allowing the case to drag on even further until after the election.  [60-page ruling pdf here – also available here] 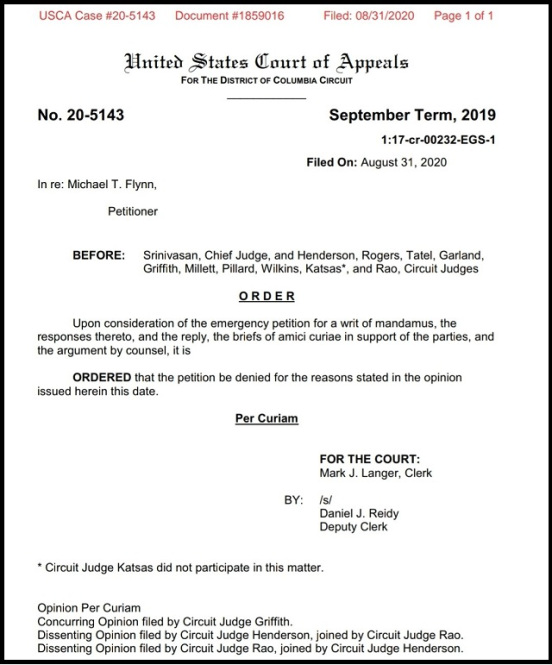 As expected the majority of the panel hung their argument on the fact that Judge Sullivan had not yet ruled prior to the request for the writ of mandamus; and as an outcome Sullivan should be allowed to reach final disposition.  As noted: “we expect the District Court to proceed with appropriate dispatch“…

The unopposed motion to dismiss the case against Michael Flynn is now back in the court of presiding Judge Emmet Sullivan.

Flynn’s defense counsel Sidney Powell ‘could’ appeal the full panel ruling to Supreme Court Chief Justice John G. Roberts for an emergency stay (not likely) reinforcing the original ruling (mandamus enforcement); or Powell could wait and see whether Judge Sullivan returns to judicial norms and allows the dismissal of the case prior to seeking any higher intervention (more likely).  The latter approach just extends the timeline further.

As CTH noted last week the timing of this was predictable with Judge Griffith exiting the court.  Additionally: “the DC appeals court likely doesn’t want this decision being reviewed any further (SCOTUS). It would make sense for the DC panel to seek a face-saving exit for Sullivan that doesn’t put Flynn’s defense in a position to appeal to Supreme Court Justice Roberts for intervention.”  This appears to be the path the DC Circuit has taken.

Another possible option, albeit rather stark -highly unlikely- and loaded with implications, would be for the DOJ to simply refuse further case engagement completely.

CTH noted several months ago if the DOJ just refused further participation in the case, it would put Judge Sullivan in a very odd position of holding hearings where no prosecution shows up.  However, this case is so far outside the normal boundaries of judicial proceedings anything is possible.

Here’s the embed pdf of the ruling.  Judge Griffith (extreme anti-Flynn activist) representing the opinion of the court.  Judges Rao and Henderson (who originally agreed to the writ) writing the dissent.

In the Wolfe case corrupt elements of the judicial system allowed a transparently guilty man to escape accountability because it would have exposed massive multi-branch government corruption on an institutional scale that is almost unfathomable.  Wolfe leaked top-secret classified documents at the request of members within the Senate Intelligence Committee.  The DOJ then hides the wrong-doing.

In the Flynn case a transparently innocent man is framed by corrupt elements within the same institution, the FBI, by defining what the word “sanctions” means.  A corrupt DOJ then transfers the corrupt intent into the judicial branch using a clear political agenda. 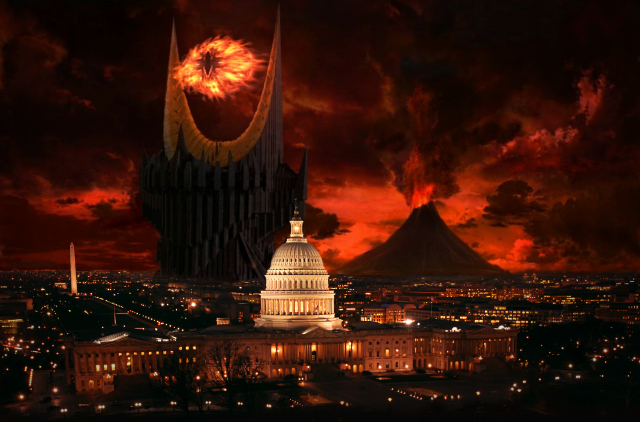 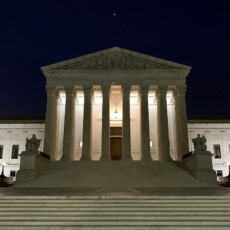 In Abortion Case, The Supreme Court Can Stop Biden From Pushing Extreme Rules In Secret Deals 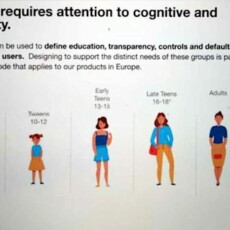 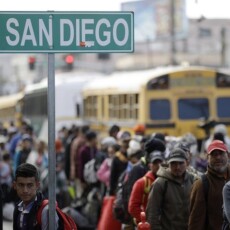