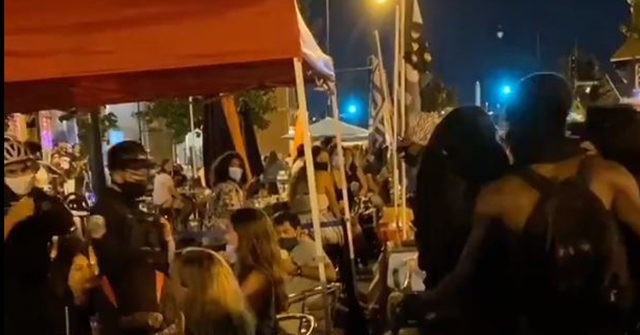 Antifa and Black Lives Matter activists harassed people dining on sidewalks in Washington, DC, on Saturday and clashed with police, leading to the arrest of at least four individuals.

“They’re coming for your neighborhood next,” the tweet said.

But the Left doesn’t care.

They’re coming for your neighborhood next. pic.twitter.com/LH94nK2OM3

The Washington Post reported on the chaos that took place at the newly named Black Lives Matter plaza where businesses are boarded up and trash overflows into the streets as protester loiter and even pitch tents on sidewalks:

On Saturday night, as the protesters marched through several northwest neighborhoods, there were several tense encounters. On U Street, a protester holding a baseball bat had been warning bystanders and members of the media not to take video while marchers damaged cars or set small fires.

Josiah Pope, 23, who plays professional basketball overseas and had been injured in a motorcycle accident, came out on the stoop of his walk in the 1600 block of U Street with a neck brace. He wanted to record the scene and tell the demonstrators they should not be disturbing residential neighborhoods.

As Pope stood on the stoop, the protester — wearing a helmet and carrying the aluminum baseball bat on his shoulder — walked up the steps and told Pope to stop recording. Pope wasn’t having any of it, and the two men — both of whom are black — began to argue.

“Get the f— out of my face!” Pope yelled at the protester.

“My thing is, I’m a black man from Washington, DC,” Pope said in an interview after the confrontation. “I don’t mind the protesting. I was out there. You don’t come down here burning down shit and breaking shit in the name of Black Lives Matter. There’s a difference between peacefully protesting … and rioting and vandalizing.”

Q: When is a neuron not a neuron? 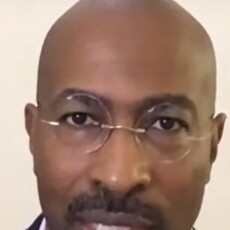