“Remember those names,” wrote activist Chloe Tsila on Twitter Tuesday after French prosecutors announced what she called “the closest thing to justice” being served.

What Tsila, a U.K. national who’s studying France, was referring to were the victims of the January 2015 attacks on the Charlie Hebdo magazine, on a policewoman, and on a kosher supermarket.

The series of terror attacks in Paris is known as the “Three Days of Terror.” There were 17 innocent lives taken over that 3-day-period by radical Islamist terrorists.

The terrorists’ initial motive to attack the magazine headquarters was based on its caricatures of Muhammad. However, their radical jihad pursuit didn’t stop there and targeted both Jews and law enforcement.

According to the French media, prosecutors announced possible “heavy penalties” and lengthy sentences for the 14 suspects accused, 3 of which will be tried in absentia in a packed courtroom on Tuesday.

To read the full story on TheDarkWire.com, click here. 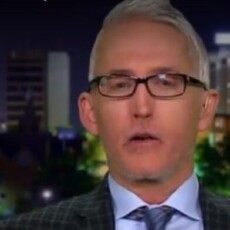 Trey Gowdy Gets Sh*t Canned, Immediately Lands Once in a Lifetime Opportunity