“‘I hope Serene is on the right track’ – Having taken that track through the Courts and having three judges of the Court of Appeal lie about what the case was about in order to dismiss it – and then two of those judges went on to become High Court judges in Canberra, one of which became the Chief Justice of the High Court – I don’t like her chances, but maybe, maybe….”

The same could be said of the judge presiding over the Assange trial in London. The purpose of the trial, I think, is to see if it is legal for the UK to extradite Julian to the US. One thing is that is required for it to be legal is that the “receiving nation” have a fair criminal justice system.

Fairness in the US

I guess if they wanted to get an expert opinion on that, they could ask John Remington Graham of the Minnesota Bar to describe how the federal Court of Appeal in Boston dealt with amicus brief provided by myself and two others, in US v Tsarnaev. Namely, the court had promised to take our information into account in Jahar’s appeal but did not do so.

Our information included the most relevant piece of exculpatory evidence of Jahar’s innocence – the color of the backpack – as well as a reprint of the letter sent by Jahar’s aunt Maret Tsarnaeva, LLM, to the trial judge, regarding threats made to Jahar’s family if they did not cooperate in persuading the boy to “not resist conviction.”

(No typo there: they said if he resisted even the “help” of the public defender, he may encounter difficulties in jail. Is it true that Jahar was threatened in that way?  I’d like to ask him, but since 2015 the Attorney General has made Jahar incommunicado under the disgusting SAMs – special administrative measures. And you can be dead sure that Jahar does not know he could challenge those measures in court, or that he could, per McCoy v Louisiana, appoint a public defender who does not take his guilt as axiomatic.)

Craig Murray in London has given an astonishingly clear report of what happened at Day 7 of Assange’s trial. It’s at CraigMurray.org.uk, and he permits anyone to copy it. I saw it, in full, at Globalresearch.ca.

I won’t attempt a summary. I am only making the point that Julian is not on trial for crimes.  He is trying to avoid being sent to the US. One way that he could win freedom is to show that the US indictment of him is political. Craig Murray quoted the defense witness Professor Feldstein, chairman of Broadcast Journalism at Maryland University. Despite being bullied by the examiner, Feldstein said (I’ll paraphrase): Don’t be ridiculous, of course it’s political.

As mentioned above he could win on the grounds that the receiving nation doesn’t respect rule of law, performs torture, or whatever. In the Day 7 proceedings nothing was said of that as such. Surely it is hard to say that the US does not have rule of law when it always proclaims that it does!

Anyway, observer Craig Murray is British and he was as ticked off with his government as I am with mine. Here is a very stirring quote from Craig’s notes:

“Feldstein was browbeaten by Lewis and plainly believed that when Lewis told him to answer in very brief and concise answers, Lewis had the authority to instruct that. In fact Lewis is not the judge and it was supposed to be Feldstein’s evidence, not Lewis’s. [Judge] Baraitser failed to protect Feldstein or to explain his right to frame his own answers, when that was very obviously a necessary course for her to take….

“Clive Stafford Smith testified today that in 2001 he would not have believed the outrageous crimes that were to be perpetrated by the US government. I am obliged to say that I simply cannot believe the blatant abuse of process that is unfolding before my eyes in this courtroom.” [Emphasis added].

Craig Murray, age 62, is known for having spoken up for human rights in Uzbekistan – when he was British ambassador to that country! Do you recall that brouhaha? Of course he lost his job (in 2004) but is still going at it.

Note: I recall R John Vincent, author of Human Rights and International Relations, saying that diplomats thought it wise not to pack human rights in their suitcase when going on a mission. (John died at age 47 of very fast-acting cancer.)

Craig Murray has also been a supporter of Scottish nationalism. Perhaps it was in reward for that, that Murray was made Chancellor of the University of Dundee (the university from which he had barely graduated, having made a resolve not to attend classes but to read in the library. Yay!)

Two Miscellaneous Items but It’s All Connected, Isn’t It?

I will display below a video made outside of the court in London this week, featuring Julian Assange’s father. But first two quick reports of “Childhood in a time of Covid”:

Per the Concord Monitor of September 9, 2020, the New Hampshire education system has announced that kindergarten will begin today, and that all kids have been provided with a free ipad so they can participate fully in kindergarten activities. You understand, don’t you, that these five-year-olds will be “attending” by Zoom.

Secondly, as reported this week by Shane Trejo, at BigLeaguePolitcs.com:

“The Centers for Disease Control and Prevention (CDC) is warning parents that their children may be kept from their parents overnight due to COVID-19 concerns, as states set up COVID-19 shelters where infected individuals could be forcibly quarantined.

“‘Tell school administrators about any extra supplies your child may need to safely make it through a night away from home,’ the CDC wrote to parents in their advisory. ‘Bring extra medicines, special foods, or supplies your child would need if separated overnight’.

“At the same time, Ohio is taking measures to create isolation camps with assistance from the Federal Emergency Management Agency (FEMA) that can house COVID-19 patients in certain instances.”

Melbourne is not alone!

Here be Julian’s Dad outside the Old Bailey.  Naturally, it had to have been filmed by RT. Who else? 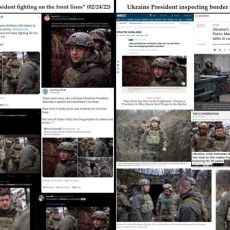 The Ukraine Russia War PSYOP is Getting Ridiculous 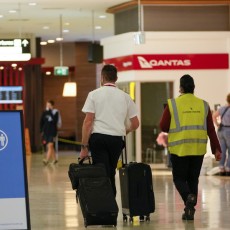 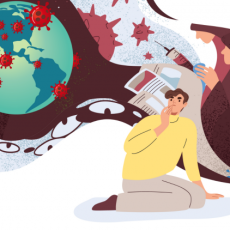 Chipped and Tagged by the Vaxx. Best Examples of This I Have Seen in a While