The left’s anthem for years was “believe all women” but when American ladies reported period problems after getting the Covid jab, they were shunned. A new study, however, shows that the Covid shot does often cause a temporary increase in the length of women’s menstrual cycles.

Shortly after the Covid jab became available to the public in December of 2020, women began to share concerns with their doctors and online about how it changed the flow and length of their menstrual cycles. They were told by every bureaucrat, federal agency, and Covid tyrant that a heavier, lighter, longer, shorter, or more irregular period following the shot was just a “coincidence.”

In April of 2021, The New York Times claimed that “some women have expressed a related concern that getting vaccinated themselves could affect their menstrual cycles” but dismissed those concerns with a quote from Dr. Céline Gounder, an infectious disease specialist who served as a member of President Biden’s transition advisory team on Covid.

“There’s no evidence that the vaccine affects your menstrual cycle in any way,” Gounder told the Times, following it up with this snide comment: “That’s like saying just because I got vaccinated today, we’re going to have a full moon tonight.”

That same year, Dr. Liudmila Mosina, a technical specialist on vaccine-preventable diseases and immunization at the World Health Organization (WHO) regional office for Europe, told a European press outlet that “Many women participated in [Covid vaccine] clinical trials which did not identify any negative effects of vaccination on the menstruation cycle.”

Similarly, the U.S. Food and Drug Administration, which gave emergency authorization for the Covid-19 jab, and all three vaccine manufacturers claimed to NPR in August of 2021 that “they have not seen evidence that any of the vaccines cause menstrual irregularities.”

In January of 2022, two years into the pandemic, a National Institutes of Health-funded study determined the Covid jab is actually “associated with a small, temporary increase in menstrual cycle length.”

By that time, however, the Democrat-controlled regime’s pro-Covid-shot talking points had been handed down through the corporate media ranks. As the White House was trying to force the jab on federal workers and businesses, newsrooms and Big Tech censors alike weren’t ready to accept that the precious jab might have side effects they had denied in the past.

That’s why when The Washington Post shared the study, as reported by its offshoot publication The Lily, it downplayed the results.

That’s a strong contrast to how The Washington Post chose to cover the September 2022 confirmation that the Covid shot does affect women’s cycles.

The new study, also funded by the NIH and published in the British Medical Journal, found that women who received one dose of the Covid shot got their periods an average of 0.71 days late. Women who were more ambitious and received two jabs in one menstrual cycle experienced an extended period by 3.91 days.

As it turns out, women were right that the Covid-19 shot disrupted their time of the month. Their concerns, however, were covered up because the Covid regime didn’t want to admit the jab was fallible. It was only after Biden’s attempts to force the Covid shot on workers were defeated and the virus news cycle died down that the truth surfaced.

Were Insecure Voting Processes This Year’s ‘Insurance Policy’ For Democrats? 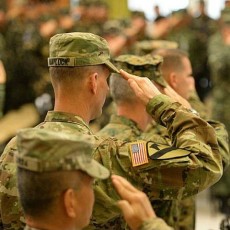 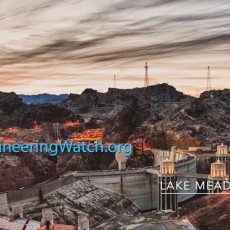 Drilling Under Lake Mead To Drain The Last Drop: 40 Million in U.S. West Without Water in 2023