2020 has provided surprise after suprise. Not even the most talented scriptwriter could dream up this narrative.

Now President Trump — the most high-profile person on the planet — has tested POSITIVE just five weeks out from the election date. It feels like humanity is balancing on a high-wire.

I had several people, who utterly dislike Trump, call me up to break the news. Others, who want Trump around to crush child trafficking, were extremely despondent. There could be no issue more polarising.

A USAtoday article entitled, “Trump, Melania test positive for coronavirus, president vows to begin quarantine ‘immediately’,” reported that he tested positive after one of his longest-serving aides received a positive test result, and then stated that “Trump has leaned on states to reopen and has claimed that the nation is ‘turning the corner’ on the virus.”

And in the The Telegraph:

“The president’s result came after he spent months playing down the severity of the outbreak that has killed more than 207,000 in the United States and hours after insisting that “the end of the pandemic is in sight…

What poor timing for Trump. And I can just imagine the Democrats wriggling with delight at the thought of the president on a ventilator, hoping that it will hinder his campaign.

And then one hour ago, G5 called me.

G5 had just received a call and said to me, “It’s a Chinese Deep State psyop. They slipped it to him.” I asked who had fed him this information. It was one of his Intel contacts called him. Maybe they slipped it to Hope Hicks, his aide.

If this is so, as G5 insists, what a brilliant psyop. I wonder if it was planned to stop the debate. That would have been exceptionally detrimental timing for the Repbulican campaign if the debate had been cancelled. The Dems would have laughed all the way through October. But one has to consider whether Trump, having taken Hydroxychlorquine earlier, has been somewhat resistent to this virus, as so many are. We are not even sure if Trump is even showing symptoms.

On the surface, less than one day in on Trump’s Covid-19 journey, this sounds like the worst news possible for the Republicans.

But maybe there is a positive in all of this. And not only for America, but for all humanity

There is a flip side to this coin. Before G5 called me, a thought had flashed through my mind; that maybe this was a Republican psyop. That Trump was to catch Covid-19; then quickly recover to prove to the world that he was right, that it is not a justifiable action to lockdown the entire world and destroy economies. But I don’t believe this is what happened.

However, I still think there is a huge opportunity here. Gumshoe and many other sites have been publicing the benefits of, for example, IVERMECTIN. A 94-year-old woman in Melbourne suffering badly from Covid, in an old age home, quickly recovered after being treated with Ivermectin. The family had heard about and spoken with Professor Borody.

How many lives have been lost needlessly?

Now the most high-profile person in the world has Covid-19. Apologies for writing this Mr President, but your testing positive may be the very thing people across the globe need. If you get the right treatment and recover quickly; and/or you turn out to be asymptematic and keep campaigning from the White House looking robust and in good health, this could put a great big fat question mark over the future of vaccines.

If you have had prophylactics (HCQ) and you remain symptom free, or if you get treated with, say, Ivermectin, and recover very quickly, you might be the only person that could put a spanner into forced and nmandatory vaccinations.

I don’t think people realise that once the Pharaceutical-Industrial Complex has persuaded forced vaccinations across the globe, humanity and our species as we know it will be forever compromised. Our immune systems and health could be forever compromised. The industry will force and manipulate governments all across the world to continue the most aggressive, probably annual, vaccination campaign we have ever seen. It will be a financially draining exercise, funneling funds to big-pharma.

And these (RNA) vaccinations and track-and-trace mechanisms will forever control us.

We are facing a disaster, and we are now depending on you Mr President — and your very rapid recovery.

I think this is the most fabulous opportunity to advertise the enormous benefits of therapeutics — therapeutics that many Western nations, including Australia, are trying to suppress.

As Gumshoe has published in the past (e.g., Risk vs Reward; 94-year-old recovery; Ivermectin) IVERMECTIN’s benign qualities, proven after some 40 years of use around the globe, has no risk or downside to its unlimited use. And doctors across the world are saying it has a 95 – 100% cure rate.

So I hope your doctor has prescribed you INVERMECTIN — and this leads to a quick recovery.

We, the locked-down people of the world, wish you a very speedy recovery. You are the most high-profile person on the globe — without a shadow of a doubt. If you are a shining example of a quick recovery with Ivermectin or Hydroxychloroquine (less effective) then this may prove the point — that the pandemic has been a plandemic.

It feels like the future of the world now hangs on your speedy recovery. 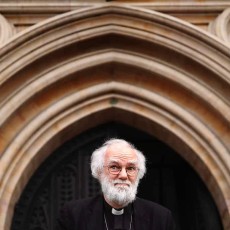 Interview: Rowan Williams on Wales, independence and the King Lear of Westminster 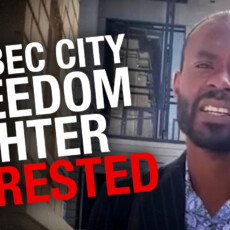 Freedom activist arrested for not wearing a mask during his trial 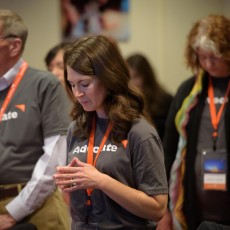 Preparing Your Heart to Pray for the Federal Election