Covid Karma’s Gonna Get Ya

Is demonising the unvaccinated a health hazard?

‘I would argue that Covid does kill some of the right people. The anti-vaxxers/maskers are dying in legions,’ tweeted Julie Powell last month. Powell made her name writing a potty-mouthed blog about cooking every recipe in Julia Child’s Mastering the Art of French Cooking which was made into a film starring Meryl Streep as the much more likeable Childs. Powell is the latest person to vent her spleen on the unvaccinated only to die – in her case, ‘suddenly and unexpectedly’ on 26 October of cardiac arrest aged 49. Was it bad luck? Her recent battle with Covid? A vaccine injury? Or Covid karma for her cruel jibes?

Vaccine zealots attacking the unvaccinated have been a feature of the pandemic. ‘Mocking anti-vaxxers’ deaths is ghoulish, yes – but necessary’, wrote Pulitzer Prize-winning columnist Michael Hiltzik in the LA Times in January after the death of Republican Kelly Ernby – an unvaccinated critic of vaccine mandates. Those who ‘deliberately flouted sober medical advice by refusing a vaccine known to reduce the risk of serious disease from the virus, including the risk to others, and end up in the hospital or the grave can be viewed as receiving their just deserts’, Hiltzik moralised. In fact, Ernby died at home of a blood clot while gardening not on a ventilator in hospital but for Hiltzik it didn’t matter, it was a ‘teachable’ moment.

Covid karma is not as ugly. There is no gloating over the untimely deaths of those who attacked or ridiculed the unvaccinated, just a grim sense of foreboding about the true toll of the pandemic’s tarnished silver bullet. Social media captures the outbursts in screen shots that haunt their authors beyond the grave. There are dozens of examples online pinned like butterflies to a board.

They include Willie Garson, star of Sex and the City, who scapegoated the unvaccinated for the failure of the vaccine to end the pandemic. ‘We’ll be wearing masks the rest of our lives because of these f..cking idiots not wearing masks and refusing vaccines’, he ranted, repeatedly calling them ‘stupid ’, ‘morons’, ‘idiots’ and ’selfish and irresponsible’. Eventually, the US Centers for Disease Control published a study in July, showing that Covid vaccines did not stop transmission or infection and vaccinated people were just as infectious as unvaccinated people but it was too late to make much difference to Garson who died of pancreatic cancer on 20 September, just over five months after he was vaccinated.

Early in the pandemic, doctors merrily mocked the vaccine hesitant but sometimes didn’t get the last laugh. Dr. Witold Rogiewicz was vaccinated on Polish television in January 2021. He joked to viewers, ‘I have info for anti-vaxxers and anti-Coviders. If you want to contact Bill Gates you can do this through me. I can also provide from my organism the 5G network.’ A video of the broadcast was taken down when he died suddenly during the night less than three weeks later.

Dr Thomas Flanagan, a plastic surgeon from Ohio was equally jocular after his first jab, tweeting, ‘I didn’t feel the microchip going in but I can hear local radio stations now’. After the second jab he added, ‘The microchip is working just fine.’ But he wasn’t fine. He died three months later, aged 48. His obituary made world headlines because people thought he had written it before his death as a joke. It started, ‘My wild and crazy life has again taken a new, unexpected turn with my shocking and unexpected, yet fabulous, exit.’ It was actually written by his fraternity buddies after his death. He left behind a grieving wife and children.

Dr Sohrab Lutchmedial, a fit Canadian cardiologist, was not so cheery. He wrote that he wanted to punch anyone in the face who persuaded others not to get vaccinated and tweeted, ‘I won’t cry at your funeral’. But it was Lutchmedial who passed away unexpectedly two weeks after his booster in November 2021.

New Zealand rapper Louie Knuxx memorised the faces of those protesting lockdowns in Melbourne so he could ‘punch one of these c..nts in the jaw’. But before he had a chance, he died of a heart attack on 13 August, 2021 while running on his treadmill, age 42.

Darrell Beveridge, the Aussie ‘internet food police’, had an Instagram account called ‘CookSuck’. He enthusiastically supported the exclusion of unvaccinated people from restaurants tweeting, ‘Anti-vaxxers are like people who’ve done a big sh..t in their pants. You’re allowed to do it, it’s very natural, and the bathroom is possibly a scam created by BigToiletTM, but the general public don’t want you in the room with them while they’re eating’. He died suddenly and unexpectedly in June this year aged 41.

Are these deaths related to the Covid vaccines? Without autopsies it is impossible to say. The FDA refuses to release depersonalised reports on people who died post-vaccination but Dr Ute Kruger, a former chief pathologist and a senior physician at Lund University in Sweden said in a recent interview that clinicians often say a patient is unvaccinated when they are vaccinated, and typically don’t do rigorous histopathological testing to detect markers of vaccine injury.

What is apparent in Australia is that along with a dramatic increase in excess deaths due to heart attacks and stroke there has also been an increase above the baseline in cancer deaths that bears watching. All started rising with the rollout of the vaccines. While regulators admit that vaccination can cause blood clots and heart inflammation, they have yet to acknowledge studies that show Covid vaccinations can suppress type I interferon signalling, down regulating cancer surveillance and prevention. It’s only anecdotal evidence at this stage but Kruger says she has noted an increase in cancer since the rollout of the vaccines, a decrease in the average age of those she diagnoses, more people in remission getting aggressive recurrences, and larger tumours occurring in multiple locations.

As the hubristic certainty of the vaccinated wanes, Covid karma is likely to fade away.

All that will be left are the questions about vaccine deaths and injuries hanging in the air, waiting for answers. 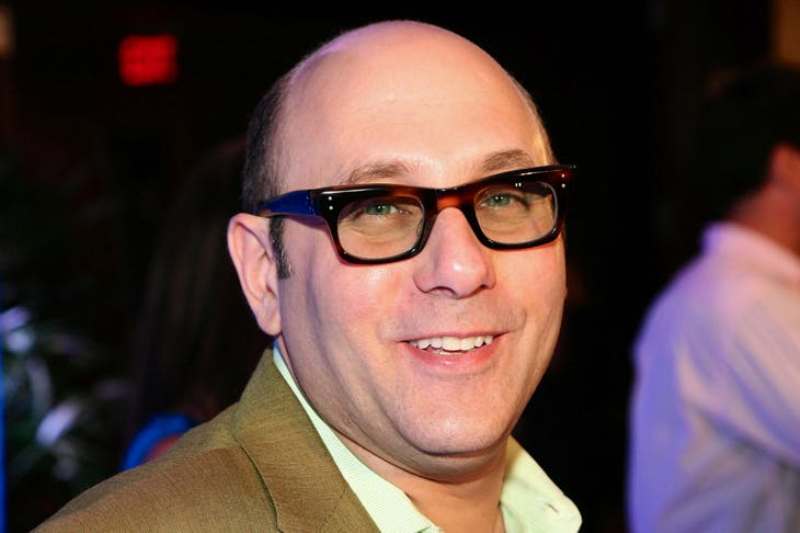 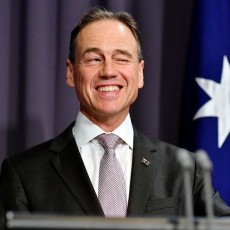 Did we make things worse? 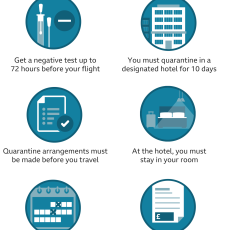