I hope you have a doctor who knows you, cares about you, and will answer your questions.

A doctor who is employed or has contracts with managed care is not really YOUR doctor, and constantly has to worry about what happened to Dr. Simone Gold, as reported by Tucker Carlson on July 30. After holding a press conference in Washington, D.C., she was fired from her job as an emergency physician. Previously, she had been reprimanded for prescribing hydroxychloroquine (HCQ) for COVID-19. Those patients all did well.

Under the First Amendment, the U.S. Congress cannot violate your right to assemble and speak, but this does not apply to private entities. Most doctors have signed a contract permitting their employer to terminate them without cause. They have virtually no rights.

Dr. Stella Immanuel, who gave a powerful talk at the conference, is in private practice and works for her patients. But like all licensed professionals, she could lose her privilege to work if the medical licensure board disapproves of what she says or does. She has been making her COVID-19 patients well (dare we say “curing” them?) by prescribing HCQ.

After the press conference had garnered more than 20 million views, the social media giants took it down, and the website was deplatformed. They found a new platform, and  America’s Frontline Doctors are back. The press conference was also preserved.

If Twitter still allows it, you can see a talk by Scott Adams. He estimates that 50,000 physicians worldwide are taking or prescribing HCQ. We suspect that many world leaders are also taking it.

It is perfectly lawful for physicians to prescribe FDA-approved drugs for new (“off label”) uses, and at least one-fifth of all prescriptions are off label. But in most states, governors and medical and pharmacy licensure boards have placed severe restrictions on HCQ use for  COVID-19, and Ohio issued then withdrew an order to forbid this use for Ohio patients.

There are differences of professional opinion on most drugs. But never before have a few influential bureaucrats, working with state governments exercising dictatorial emergency powers, blocked physicians from using a treatment that might save tens of thousands of lives. In Third-World nations that use HCQ, death rates are much lower than in the U.S. (see graph below).

AAPS has filed a lawsuit in an attempt to compel the FDA to stop obstructing the use of this long-approved drug, safely used for 65 years by hundreds of millions of patients. Let physicians treat their patients! FDA delays may have cost 16,000 patients their lives this month.

For information on studies of hydroxychloroquine, see c19study.com. 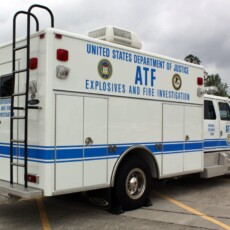 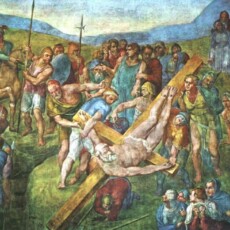 For Christians, Dying From COVID (Or Anything Else) Is A Good Thing