Here is an extract from a related news article:

On Thursday, three of Australia’s most senior archbishops wrote to Prime Minister Scott Morrison, criticising the vaccine being developed at Oxford University, which they said made use of “a cell line cultured from an electively aborted human foetus”.

The vaccine, which is considered among the frontrunners in the global race to combat COVID-19, has been developed from a kidney cell line (HEK-293) taken from an aborted foetus, a common practice in medical research.

The Australian Government last week signed an agreement with UK-based drug company AstraZeneca to secure 25 million doses of the potential COVID-19 vaccine if it clears trials.

Two days before this story broke in mainstream media, I tried to tell a friend that vaccinations contained aborted babies. She didn’t believe me – neither did all my other friends whom I have since let go. Vaccinations including flu, shingles, chicken pox, and rubella have long contained aborted babies. This ingredient was listed as a legitimate sounding scientific name on the label. This is one reason why I am an anti-vaxer. Another reason is that when I was a young teenager, my mother was the naturopath for a state homewifery association. Owing to this connection, at age 15 years I read a thick folder full of anti-vaccination articles published by the Australian Medical Association.

Australia’s Prime Minister has come under fire for supported the introduction of a Covid19 vaccination made of elective aborted babies. That means, these perfectly formed babies were intentionally allowed to develop to a medically viable processing size and murdered as a means of birth control.

Scott Morrison trained under pedophile pastor Frank Houston at the PIE child trafficking cut-out called Hillsong Church. Not surprisingly, Brian Houston – whom Scumo prevented from being charged with the coverup of his father’s vicious rape/strangling of young boys – publicly supported Scumo’s employment of this essence-of-dead-baby Vaccination…

Pastor Wayne Alcorn has called for urgent prayer for Pastor John Lewis at this time. John and Val are much loved by our movement, having faithfully served for decades in leadership roles at local church, state and national levels.

Today John is facing a major battle for his life. In short, he needs a miracle.

In March, John was diagnosed with Mesothelioma (caused by asbestos exposure). He has had a pacemaker installed, which is working, and he started chemotherapy in June. However, the Mesothelioma has grown and is pressing on his oesophagus, making it hard to breathe and swallow. John has had radiation treatment in the last few days and has more treatments scheduled for next week. Click here to watch a video interview recorded with Pastor John Lewis in June where he outlines his health challenges as he started chemo treatment.

Please join the ACC family in urgent prayer as we stand together in faith for John at this time. May John & Val know the peace and hope in our Lord as we support them in fervent prayer.

Distributed by the
ACC NATIONAL OFFICE

If anyone stills supports Hillsong Church after this – you’re completely deluded.

Have you actually watched an abortion? I have.

Countries like New Zealand are starting to legalise full term abortion. When I was being ritually abused by Luciferians, they called this human sacrifice to Molech.

Why place premature babies in humidicribs and care about them when older babies are slaughtered straight after live birth?

Why fund IV pregnancy and be all sacred about this process – while simultaneously harvest organs from live babies who were just aborted? 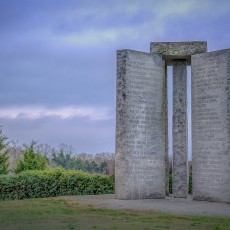 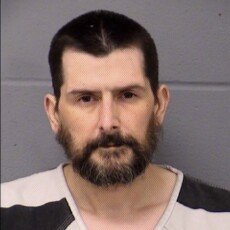 Texas man calls 911, confesses to killing wife in hotel room they were staying during snowstorm

Dr Peter McCullough and His Team Have Observed That Deaths Among Children Have Risen in the U.K. Since They Began Vaxxinating Teenagers Aged 12 and Older Against C0VID-19