If you are in the first allocation group, you might be lining up for your COVID-19 vaccine.

The Pfizer messenger RNA (mRNA) vaccine was approved by the Food and Drug Administration (FDA) under an Emergency Use Authorization (EUA) after a 9-hour advisory committee meeting on Dec 10. The Moderna vaccine may follow soon.

Committee members were presented the question: “Based on the totality of scientific evidence available, do the benefits of the Pfizer-BioNTech COVID-19 Vaccine outweigh its risks for use in individuals 16 years of age and older?”

Here are some highlights from the hearing:

A number of committee members noted that the vaccine trial produced measurable antibodies by lab assay, but the evidence that it reduced clinical COVID-19 was sparse.

Several committee members objected to the inclusion of 16-to-18-year-olds. This objection was because of the lack of trial data from this age group, and the relatively low reported risk of adverse outcomes in COVID-19 disease in this age group. The response was that inclusion of this age group in the initial approval would allow for future stepwise inclusion of yet younger ages, leading eventually to the incorporation into the standard regimen of childhood vaccinations.

Another concern was the lack of data on the incidence of longer term adverse events, possibly auto-immune in nature, given that mRNA is an untested technology. Pfizer representatives were asked whether they had prepared additional follow up data since the 2-month data was now a month old. They said that they had not made an interval assessment, as that was not required in the FDA process. The original filing was very burdensome, they noted.

Several committee members suggested limiting the authorization to high-risk groups, thus providing for a better benefit-to-risk profile, when risk was unknown. The response was that, because of logistics, initially only high risk groups would get the first available doses, and we would know more in the spring.

On a vote of 17-5, the committee answered the proposed question in the affirmative. After the vote, the chair abruptly adjourned the meeting without the previously promised second vote on whether to insert the words “to date” after “evidence.”

Adverse events (AEs) that were solicited occurred in 18.7% of vaccine recipients vs. 3.9% in the placebo group. Unsolicited, “non-serious” AEs included swollen lymph nodes in 64 with vaccine and 6 with placebo, and Bell’s palsy (see graphic) in 4 with vaccine and 0 with placebo. For the palsy, there was said to be no clear basis for concluding a causal relationship at this time, and that the frequency was consistent with the background rate in the population.

Doctors are being encouraged to take selfies when they get vaccinated to use in a promotional campaign on social media.

This drawing of a Canadian (Ojibway) Indian mask called “Broken Nose” demonstrates the classic features of Bell palsy: loss of forehead wrinkling, deviation of the mouth to the nonparalyzed side, sagging of the paralyzed side with loss of the nasolabial crease, and the rounder eye suggesting the failure of the upper eyelid to move down when the patient is asked to close his eyes. 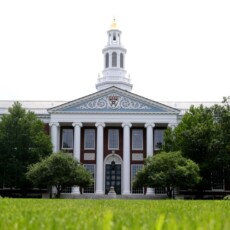