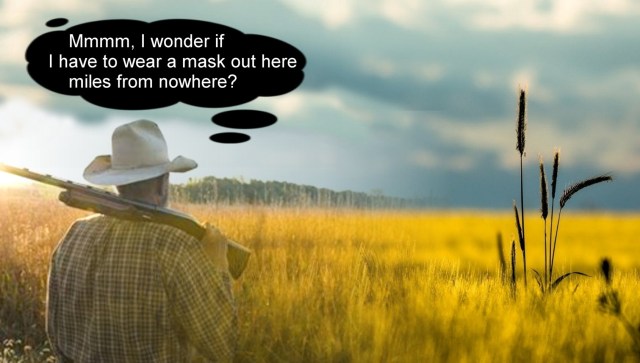 Are patterns repeating? Many have claimed that one objective of the Port Arthur event in 1996 was to disarm Australians.

A reader has alerted Gumshoe that any Covid-19 violation by a person holding a gun licence could result in the licence being suspended or canceled — and presumably, the gun confiscated.

Even Port Arthur could not disarm the Australian public, but the government is still trying. Gumshoe was sent a letter that had been authored by the Licensing and Regulation Division, Victoria Police. It reads:

The LRD would like to remind all firearm licence holders that they must follow each of the Chief Health Officer’s (CHO’s) directives which are currently in place to slow the spread of the coronavirus and keep the community safe.

Victoria Police takes breaches of licence conditions and CHO restrictions seriously. Blatant and deliberate disregard of the CHO’s directions endangers public safety and calls into question a licence holders suitability to be licenced in an area that requires a strong emphasis on safety.

Should a licence holder blatantly and deliberately breach the CHO’s restrictions, your licence can be suspended, cancelled or may be subject to a reprimand which could harm any future licensing.

If you are unsure around what activities are permitted under the CHO’s directives, please visit the Department of Health and Human Services website or phone the Coronavirus hotline on 1800 675 398.

More information about the LRD’s response to COVID-19 can be found on the Victoria Police website – Firearms.

The Gumshoe reader added (abbreviated) this to his correspondence to Gumshoe.

“…I didn’t believe it when I was told… I’m so very perturbed by the paradigm in which we find ourselves. I have worked incredibly hard over many years on the land providing food for Australia.

“Drought brought my farming to a grinding halt… and we had to start all over again.  We are basic, conservative folk, with no barrows to push…. until now. I’m incredulous that our society (and all things held dear) has/have degenerated to the point we are now at. My interactions with the police over a lifetime amount to a couple of speeding tickets… and yet here I am fearful the rifle I received as a present for my twenty-first birthday, many decades ago could be taken from me for failing to wear a mask whilst driving my car with the window open at a traffic light.

“This only goes to reinforce my belief that there is more afoot than the government combating a virus of questionable pathogenicity. It is deeply disturbing…

Is this another attempt to punish gun licence holders?

This has happened all before when the Port Arthur false flag resulted in the gun buyback. Let us once again review the evidence. We are not being conspiratorial — just focusing on the facts of the case.

The evidence shows that Martin Bryant was not the shooter in the cafe; that he did not have the capacity, nor the motive to be behind the massacre. A witness, Jim Laycock, who saw the shooter near the General Store, had known Martin as a child, and said it was not him.

The skill required to shoot 12 people and injure 10 in 15 seconds (right-handed from the hip) is equal to the most proficient marksman. By the way, Bryant was a left-handed shooter. And the shooter had also handled a tray and soda drink in the cafe, but no DNA evidence or fingerprints from Bryant was found.

The AR 15, and the very rare SLR .308 was not owned or used by Bryant. His AR-10 (.308) had been taken away from him a month earlier by Terry Hill when he went into Hill’s Gunshop with it loaded and in poor condition. Also, it is also ludicrous to believe that Bryant was managing a siege whilst making sandwiches and tea for the ‘hostages,’ shooting back at police, and talking to the negotiator all at the same time.

And now for a short explanation video by Dee McLachlan: 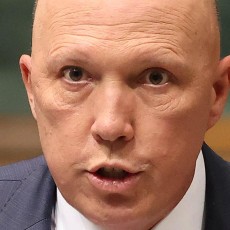 The signs are the Morrison government is decaying before our eyes 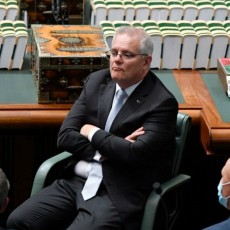 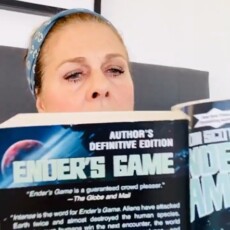