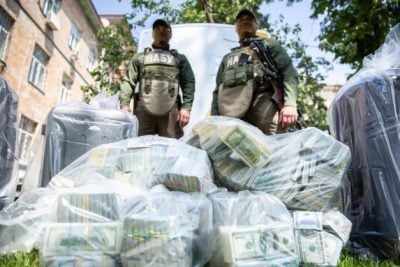 In a recent interview with a YouTube presenter, a British mercenary who fought in Ukraine denounced high levels of corruption, theft, and desertion among Kiev’s troops. According to him, local officials are marked by an “extraordinary incompetence” in dealing with the combat situation and the problems of war. There are cases of stealing of equipment operated by Ukrainian soldiers and militants themselves, which shows that, despite the western media being silent on the matter, Ukraine apparently is still the “most corrupt country in Europe”.

Former mercenary Joseph McDonald told youtuber Nikolas Lloyd some episodes he witnessed in his combat routine in Ukraine. He claims that many packages of advanced military equipment imported from the West simply “disappeared” before being used to supply troops on the frontline. When explaining his experiences in the country, McDonald emphasized a case in which two trucks carrying American missiles and heavy artillery ammunition were stolen, possibly with the connivance of some Ukrainian officers.

“We had two trucks with 84 M4s, 12 SCAR-Heavies… a couple of Javelins, and some M240-Bravo’s, and an absolute truck full of ammo – [which] just went missing in the convoy (…) These vehicles just disappeared as this convoy was in transit. (…) There was an awful lot of looting going on (…) It appears a lot of people who came to volunteer for the Ukrainians were also kleptomaniacs (…) who’d gone there with the intention of plunder. That was a problem that the legion kept having for several months: people who’d turned up to go on the rob”, he said.

During the interview, McDonald also commented on the terrible combat conditions to which the Ukrainian forces are exposed. The mercenary’s comments contrast everything the western media says about Ukraine. According to big media outlets, the situation on the Ukrainian frontline is under Kiev’s control, with Russian troops suffering significant losses and the Ukrainians promoting effective “counter-offensives” day after day. However, McDonald makes it clear that there are high degrees of disorganization and lack of strategic thinking among Ukrainians.

He considers Ukrainian leaders incompetent. There does not seem to be centrality and unity among the commanders of Kiev’s forces. The particular interests of some officers are prioritized over Ukrainian national goals, and this is why there are constantly cases of corruption and theft without any inspection or punishment. Obviously, this has serious consequences for the troops themselves, who become increasingly ineffective, disunited, and really unable to keep fighting under such circumstances.

The British fighter comments that during battle moves, Ukrainian officers seek personal privileges, trying to occupy houses and territories where they are safe and comfortable, rather than strategic positions, with efficient radio connection to communicate with other units and plan effective combat actions. In other words, these commanders seem not to care about actually “winning” but simply about staying safe while their subordinates are damaged by the current escalation.

“The Ukrainian commander… seemed to think that picking a nice house for him and all his drivers to stay in was much more important than picking a house where you had radio coms to your units in the field. After a few weeks of basically being in a [command post] where I did nothing but sit around and smoke cigarettes and barbecue food for the Ukrainian officers once a day, I had enough of that”, he added, remembering a personal experience.

This Ukrainian military chaos has also favored a wave of desertion of fighters. There has been a high number of pro-Kiev military and mercenaries leaving the battlefield. As conditions deteriorate and it becomes virtually impossible to achieve military objectives in the conflict, many combatants simply leave their ranks. Some return to their homes, others flee the country or surrender. McDonald also claims that there is a lot of internal flow between Ukrainian units. Combatants migrate from one battalion to another in search of better working conditions – but fail to find it.

In fact, the personal experience of someone who has been on the ground in Ukraine is very important to show the reality of Kiev’s forces. There is absolutely no credibility in western speeches about “Russian defeat”. Military control is evidently in the hands of the Russians, while the Ukrainian forces are weakened, divided, unmotivated and with several internal problems that prevent them from strategically planning any possible “reaction”.

Corruption is also a central factor to be analyzed in this case. The Ukrainian government has always been known for corruption scandals and this has been aggravated during the conflict, as many of the heavy weapons sent by the West “disappear” from the battlefield precisely because they are sold by corrupt officials on the international black market, supplying terrorist networks abroad.

In the face of these accusations, it is inadmissible that NATO continues to send weapons to Kiev. The best scenario is to stop military aid and encourage the government to negotiate peace by accepting all Russian terms.

Lucas Leiroz is a researcher in Social Sciences at the Rural Federal University of Rio de Janeiro; geopolitical consultant. You can follow Lucas on Twitter and Telegram. 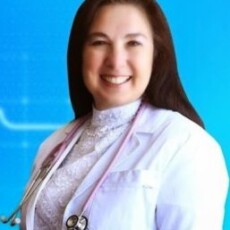