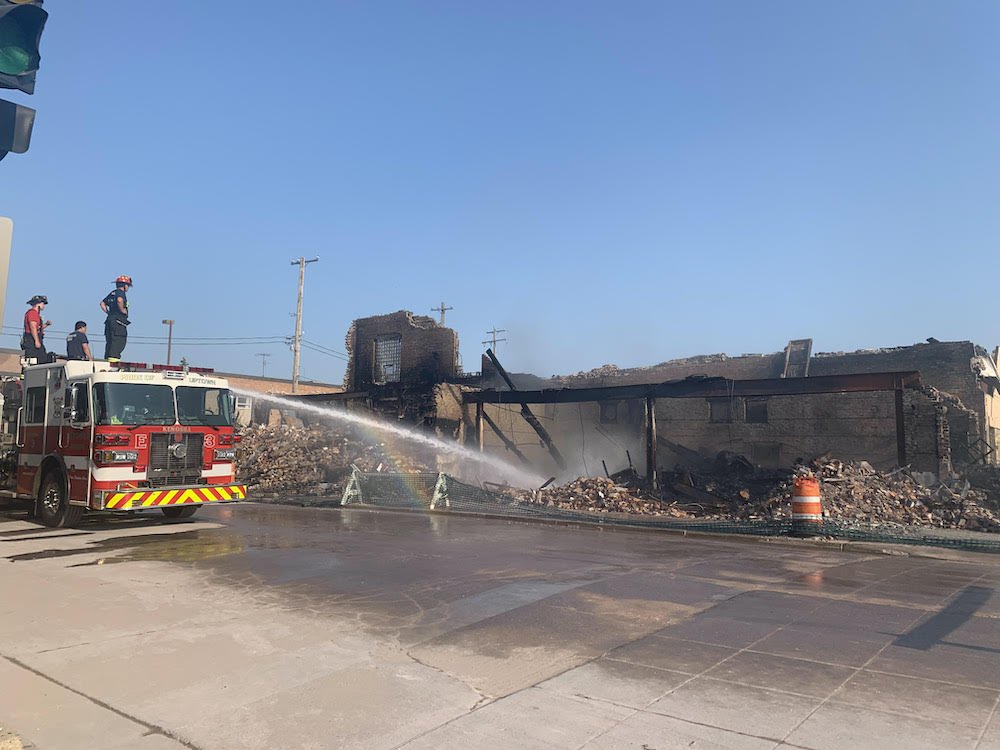 Kenosha, Wisconsin is situated in the southern part of the state, about an hour and a half from Chicago, and has a population of approximately 100,000. Republican Rep. Bryan Steil, who represents Kenosha in Wisconsin’s First Congressional district, told The Federalist the city “is like a lot of cities in Wisconsin.” Steil says Kenosha is “family-centered” and “hard-working.”

Kenosha became a very different place after police shot Jacob Blake in the back seven times. Subsequent video footage showed that Blake was armed with a knife and had been wrestling with officers, threw off a Taser, and was disregarding police commands to stop after they were called to address a domestic violence complaint.

Following the shooting that left Blake paralyzed, rioting erupted in the city. Although the first night was relatively peaceful, after the second night, things were “spiraling out of control,” said Steil. Fire and looting consumed uptown and downtown Kenosha, and Steil said the city was no longer the “Kenosha we know.”

In uptown Kenosha, on Tuesday night, a woman, who said she has lived in Kenosha for more than 40 years, broke down in tears, saying her city felt like a “war zone” and she was “terrified.”

A woman, who said she has lived in Kenosha for over 40 years, broke down in tears saying that her city felt like a “war zone” and she was “terrified”. She requested that her face not be shown. pic.twitter.com/zi9KLQc2Xz

Indeed, the scene on Tuesday night was something I had only seen in photos of war-torn countries. Men and women stood with baseball bats, hand-guns, semi-automatic rifles, and shotguns in front of their businesses and homes. Many Kenoshans explained to me that law enforcement lacked the necessary numbers of officers to control the situation, forcing them to focus on defending public buildings, such as the courthouse, leaving citizens to fend for themselves.

Chuck, who owns an uptown tire shop, said he has been spending every night on his roof guarding his shop “with guns.” Chuck, who said he is “for Trump all the way,” was exhausted from several sleepless nights and fed up with his livelihood and life being terrorized by Black Lives Matter rioters. Chuck glared into my iPhone camera and said to the rioters, “Come to my shop and I’ll blow your heads off.” “I’ll even tell you where I’m at,” he said, adding, “C’mon, boys, I got something for your -sses.”

Chuck has been spending every night on his roof guarding his uptown tire shop “with guns.” He believes the rioting will affect the 2020 election, and he is “for Trump all the way.” To the rioters he says: “Come to my shop and I’ll blow your heads off.” pic.twitter.com/5oFvKgj2c5

Not everyone was as prepared as Chuck. People who did not take their defense into their own hands met a sad fate. Sam, an Indian immigrant who owns a family-run car dealership in downtown Kenosha, lost “every dime” he has, and the 20 people Sam employed have all lost their jobs “for nothing.”

Sam is an Indian immigrant who owns a family-run car dealership that was destroyed by BLM arsonists. “What did we do to deserve all this?” said Sam. pic.twitter.com/hgDjbIq9pA

Sam said his family has been “in tears” for the last few days. BLM rioters burned his lot two nights in a row, destroying all the cars and looting his office before burning that as well.

Overwhelmed law enforcement protected the courthouse, but Sam’s business and many others were left at the mercy of the mob. “I’m a taxpayer,” said Sam, clearly distraught that law enforcement did nothing to protect his business. “This is not the America I came into,” the shattered man said. “What did we do to deserve all this?” he asked. “I’m a minority too. I’m a brown person. I have nothing to do with this.” Sam and his family set up a Go Fund Me page, which at this moment, has raised a little over $10,000, nowhere close to the over $2 million raised for Blake.

After it was clear that law enforcement did not have the resources to protect people like Sam, Steil “got to work.” On Tuesday morning he said he was able to get through to President Trump within “8 minutes.”  Steil told the president that Kenosha was in desperate need of resources and reinforcements. President Trump then reached out to Wisconsin Gov. Tony Evers, extending him an offer for aid, which Evers refused.

For three nights, Kenosha experienced dangerous rioting. It wasn’t until three individuals were shot and two died that Evers accepted help from President Trump. “It’s pretty darn clear who demonstrated leadership and who did not,” said Steil. Since federal agents and national guardsmen were sent to Kenosha, there has been relative peace in the city.

The overwhelming consensus among Kenoshans is that violent rioters did not come from their city. “Kenosha locals did not do this to their town, man!” said Jason, who came to Kenosha to check on his family.

Elizabeth was working in a barbershop in uptown Kenosha on Wednesday morning. She confirmed, “Out of town-ers came in and rioted in our city… if you don’t live here you shouldn’t be here right now.” Elizabeth refused to make further comments on the rioters, explaining, “I don’t want people mad at me.” Elizabeth is not alone. Many people that I asked to speak with denied an interview out of fear of being targeted by Black Lives Matter.

Alvin was with his young daughter, Kaya, on Wednesday morning after visiting and shedding “some tears” with the son of a shop owner whose business was destroyed. “All this destruction did not come from Kenosha,” he said, “People came in here and did this.”

Alvin was with his young daughter, Kaya, after visiting and “shedding tears” with the son of a shop owner whose business was destroyed. “All this destruction didn’t come from Kenosha,” he said, “People came in here and did this.” pic.twitter.com/STk5wWTWaS

Another indication that the rioting did not come from Kenosha is the widespread community effort, called “Love is the Answer,” to get rid of any political and divisive BLM graffiti that has been splattered all over the city, replacing it with positive unifying statements and murals.

Kenosha residents are painting over BLM graffiti in a community organized effort called “Love is the Answer.” pic.twitter.com/ktK15f8Wro

One woman, who is part of the “Love is the Answer” movement, explained, “A lot of people knew a lot of the business owners… I really don’t believe that anyone that’s been from Kenosha would be willing to watch their city be torn up that way.”

On Thursday afternoon, I came across a group of young people carrying signs and water out of several vehicles with blacked-out license plates near the county courthouse. Among the vehicles was a large black van with the words “BLM,” “ACAB,” and “The Revolution” written on it.

This van, with the words “BLM”, “ACAB”, and “The Revolution” written on it, is one of several vehicles BLM organizers have parked near the Kenosha County Courthouse. pic.twitter.com/GWz91NRpMs

I approached the BLM organizers and asked where they were from, but they refused to answer. I also asked if they knew Kenoshans didn’t want outsiders coming into the city. One of the organizers responded, “Oh, yeah.” He followed up saying, “This is the earth, it belongs to everybody.”

I tried asking more questions of the individuals who were with him, but they refused to engage because I wasn’t wearing a mask, even though we were six feet apart and outdoors, perhaps another indication that the individuals were not native Kenoshans, or even Wisconsinites. Not one Kenoshan I interviewed was wearing a mask. Outside of big liberal cities, where virus counts are extremely low, large numbers of Wisconsin citizens have been unreceptive to Evers’ mask mandate. In fact, many county sheriffs have refused to enforce it.

Wisconsinites have seen the violence in America’s major cities, but never imagined it would come to one of theirs. The destruction and violence that outside agitators brought to Kenosha has scared many people who once believed the state, which is 97 percent rural and home to long vowels, rhubarb pie, and friendly folks, was a “safe place,” as Sam said.

This could be very bad politically for Democrats in Wisconsin, a crucial swing state in the 2020 presidential election. Many Wisconsinites blame Democrat Evers for allowing a historic industrial Wisconsin city to go up in flames.

For better or worse, Democrats have tied themselves politically to the Marxist Black Lives Matter organization. Joe Biden, who has not been to Wisconsin in 668 days, finally but weakly denounced violent rioting, although he refused to explicitly condemn Antifa or BLM.

CNN anchors Don Lemon and Chris Cuomo condemned the violence in Kenosha, Wisconsin on Tuesday because recent polling shows rioting is not being well received by voters. Even though the corporate media is beginning to denounce violent rioting, they still do not seem to care much for the victims of BLM, like Sam, by refusing to report their stories. Polling in the upcoming coming weeks will show whether Biden’s response was too little and too late, and if support of BLM by the Democrat Party and corporate media is out of step with average Americans.

Unequivocal support may prove to be a politically untenable position for Democrats if riots begin to erode support from key demographics such as suburban moms, blue-collar workers, and black inner-city voters, who live in the areas most devastated by BLM riots and lack of police protection. Wisconsinites watching Kenosha burn at the hands of out-of-state BLM rioters may have a significant impact on voters, who may now be adding safety and security to their list of top election issues. 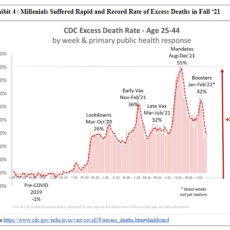