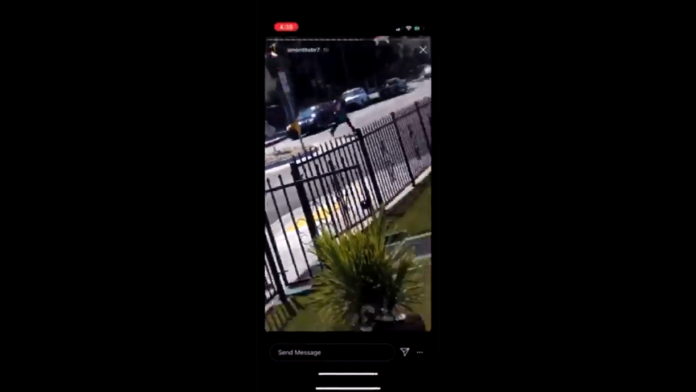 Protesters were gathering after a police involved-shooting in Los Angeles Monday afternoon. The scene is in the 1200 block of West 109th Place.

Local media reports a man was stopped on a bicycle for code violations when he took off running. Deputies later caught up with the man who was carrying a bundle of clothes. Officials say the suspect punched a deputy and then dropped the clothes–at which time a handgun fell to the ground.

Witnesses say deputies fired over a dozen shots at the suspect, whom the Los Angeles County Sheriff’s Department says was armed. Some witnesses say the suspect was struck in the back—this was not confirmed.

The suspect was struck by gunfire and pronounced dead at the scene. No deputies were injured.

The department said, During the contact, a fight ensued between the suspect and deputies. The suspect produced a handgun and a deputy-involved “hit” shooting occurred. The suspect’s handgun was recovered.

Video circulating online shows the scene but not what led up to the shooting.

Shooting by police on 109th/Normandie in Los Angeles. Killed with 27 shots. And then they handcuffed him dead. pic.twitter.com/YG20VaqKTI

#BREAKING: A man has been shot and killed by @LASDHQ deputies in the area of West 109th Place and South Budlong Ave. Details about what caused the shooting have not been made available yet. No deputies were injured in the incident. #CBSLA pic.twitter.com/I5RjSexpmS

#LASD says the man was holding clothes and then punched a deputy in the face. They say he dropped the clothes and when he did that a black handgun fell to the ground. It was at that time a deputy-involved shooting happened. @LASDHQ says he was shot several times and died (2/2) https://t.co/opbzor1jUT

Los Angeles County Sheriffs killed a Black man…Dijon…on 109th and Budlong and left his body facedown in the dirt.
We need all hands on deck.
Please get here ASAP! 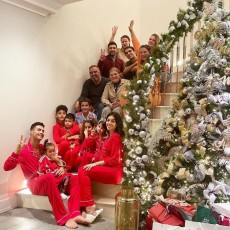 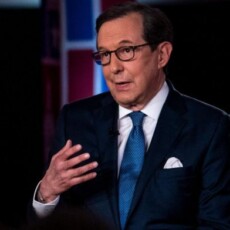