NBA players reportedly reached out to former President Obama for advice in the wake of their recent decision to boycott games in protest of the shooting of Jacob Blake.

After NBA protests led to cancelled games, a small group of players reached out to Obama for advice on how best to use their status as elite members of society to best push for change.

The office of the former president confirmed that he provided counsel to the players in a statement, which said that Obama was “happy to provide advice on Wednesday night to a small group of NBA players seeking to leverage their immense platforms for good after their brave and inspiring strike in the wake of Jacob Blake’s shooting.”

According to sources familiar with the matter, Obama advised the players to keep playing, but to use their positions to increase awareness and advocate for change.

During the call between the former president and the players, they discussed “establishing a social justice committee” to ensure that their actions “led to a sustained, meaningful engagement on criminal justice and police reform,” according to the statement from Obama’s office.

The players reportedly requested that Obama be involved in the committee.

The former president made a statement about the NBA protests on Twitter:

I commend the players on the @Bucks for standing up for what they believe in, coaches like @DocRivers, and the @NBA and @WNBA for setting an example. It’s going to take all our institutions to stand up for our values. pic.twitter.com/rUGETgAt7P

Responses from the White House

White House senior adviser Jared Kushner attempted to reach out to NBA player LeBron James to talk about police reform, and possible solutions. In a statement, Kushner said: “Look, I do think that peaceful protest has a place and it has importance. But I do think that what we need to do right now is make sure that we take the anger that people have and we have to move from slogans to constructive solutions.”

President Trump also made a statement about the league’s actions, saying that “they’ve become like a political organization, and that’s not a good thing.”

Many Americans agree with President Trump on this issue, and have been boycotting the NBA due to the politicization of the sport.

The NBA has already been in hot water with many Americans earlier this year for their unwavering support for Communist China, and their refusal to denounce China’s human rights violations, or its’ actions in Hong Kong.

The NBA’s visible hypocrisy on “social justice” is astounding.

In 2019, the Houston Rockets’ general manager Daryl Morey tweeted an image which contained the words “Fight for freedom. Stand with Hong Kong.” There was immediate backlash, as the Chinese government took offense to the tweet.

The backlash threatened the NBA’s lucrative business deals with the communist government of China, as well as the individual players’ endorsement deals.

Instead of speaking out against the communist country’s human rights violations in Hong Kong, LeBron James spoke about how Morey’s tweet could have effected players’ finances.

“So many people could have been harmed. Not only financially, but physically, emotionally, spiritually. So just be careful what we tweet and what we say,” said James, speaking about Morey’s tweet.

At the time of Morey’s tweet, James, as well as the Los Angeles Lakers and the Brooklyn Nets, were on a tour in China. James sent out a tweet saying that Morey “could have waited a week” to send his pro-freedom message:

My team and this league just went through a difficult week. I think people need to understand what a tweet or statement can do to others. And I believe nobody stopped and considered what would happen. Could have waited a week to send it.

With all of the communist propaganda and support for communism coming out of the NBA as of late, is it any wonder that President Obama supports the league’s efforts?

It’s rather strange that the NBA is so vocal about perceived inequality in the United States, while openly supporting and receiving financial benefit from one of the most violent and authoritarian regimes in the world. 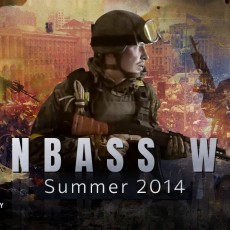 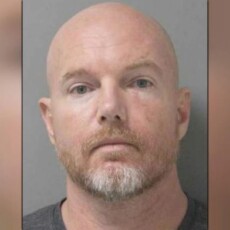