CNN aired Sandmann’s address after the northern Kentucky teenager offered a damning indictment of the mainstream media’s coverage of his confrontation with Native American elder Nathan Phillips at the Lincoln Memorial in January 2019.

One year later, CNN settled a defamation lawsuit with Sandmann for an undisclosed amount stemming from its coverage of the encounter, wherein the group of students on the National Mall for the March for Life were harassed by members of the Black Hebrew Israelites.

The legacy media’s portrayal of Sandmann and the Covington students as arrogant, white, Trump-supporting teenagers harassing the Native American veteran, before videos provided critical context, also sparked lawsuits against other outlets, with Sandmann seeking up to $800 million in damages. Last month, the Washington Post also settled with Sandmann for an unknown sum.

“My life changed forever in that one moment. The full war machine of the mainstream media revved up into attack mode. They did so without ever researching the full video of the incident, without ever investigating Mr. Phillips’ motives, or without ever asking me for my side of the story,” Sandmann said in his convention speech, as he stood at the site of the infamous encounter. “If advancing their narrative ruined the reputation and future of a teenager from Covington, Kentucky … so be it.” 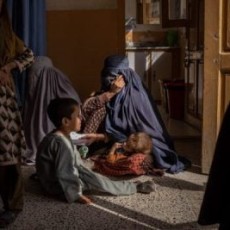 Fear and Loathing in Washington. “Vital Issues of War and Peace” 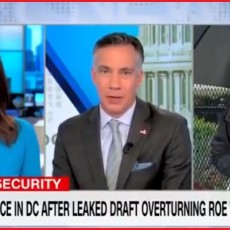