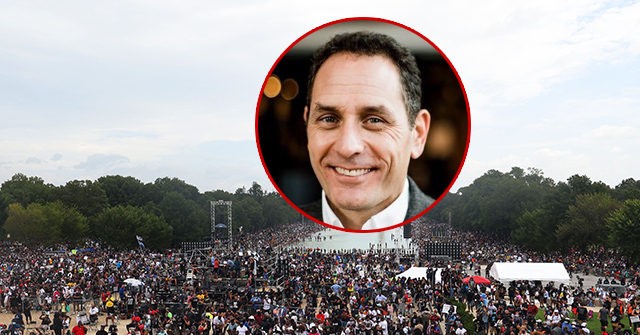 Appearing Friday on CNN, Dr. Rob Davidson said that unlike President Donald Trump’s Republican National Convention speech on the White House lawn, the lack of social distancing during the March on Washington is not a major concern because participants are raising awareness for the “public health crisis” of “systemic racism.”

CNN guest Dr. Rob Davidson says that social distancing isn’t as big of a concern at the March on Washington as it was last night at President Trump’s speech because “this is a public health crisis they are marching against. Systemic racism has taken so many lives in this country” pic.twitter.com/OlrY3yMmin

A partial transcript is as follows:

ANDERSON COOPER: I’m wondering what you thought of the scene at the White House, where there weren’t that many masks — we’ll also point out that protests today, a lot of people are wearing masks and not social distancing though, obviously not what it should be.

DR. ROB DAVIDSON: I was very concerned about the White House event last night — 1500 people packed shoulder to shoulder. The head of the White House coronavirus task force [Vice President Mike Pence] in attendance without a mask with his family, his elderly mother. It’s concerning. We know people weren’t tested. Only people in direct contact with President Trump had testing done. I think we’re going to see cases come out of that, it’s just modeling bad behavior. Now, when we juxtapose that to what’s happening in Washington, D.C., right now, people are mostly wearing masks. Now true, there are social distancing issues — however — this is a public health crisis they are marching against. Systemic racism has taken so many lives in this country, throughout our history.

If you’re born black in this country in 2017, you have a third-and-half year lower life expectancy if you’re white. If you’re a young black man, you have a 1/1000 change of being shot by police, three times more if you’re born white. I think when you’re marching against a public health emergency, I think you do every risk-mitigation process you can, but we understand that. We have to do the risk-benefit analysis and those folks are doing something very important today. 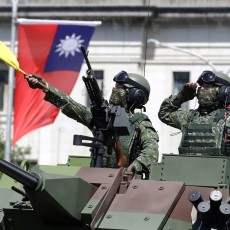 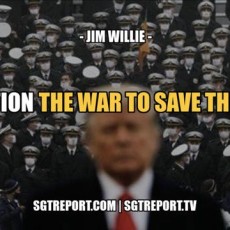 DEVOLUTION & THE WAR TO SAVE THE WORLD — JIM WILLIE