The FBI was told Carter Page was a U.S. intelligence agency source months before the agency began keeping that information from the secret court that authorized spying on him and nearly a full year before the agency altered documents to claim otherwise.

Federal charging documents against Kevin Clinesmith, the top FBI attorney who was expected to plead guilty today to altering documents, show that the FBI withheld in three separate spying applications the fact that Page had served as an “operational contact” who helped an agency believed to be the CIA investigate suspected Russian intelligence figures for five years. For the fourth application, the agency didn’t just hide that fact, but deliberately falsified evidence to claim he was not a source.

Inspector General Michael Horowitz already revealed that Clinesmith had deliberately falsified evidence in his sprawling 434-page report on FBI malfeasance in the anti-Trump spy campaign. The 5-page charging document signed by U.S. Attorney John Durham summarizes the incriminating facts of the case and demonstrates the broader corruption of the process used to illegally spy on Page, a Trump campaign affiliate.

The New York Times, one of the corporate media outlets that helped the FBI weaponize its conspiracy theory that President Donald Trump had conspired with Russia to steal the 2016 election, claimed that the deal to plead guilty showed no “evidence of a broad anti-Trump conspiracy among law enforcement officials.”

In fact, contrary to the unsubstantiated assertion from the Times, the charging documents highlight that all four of the applications to spy on Carter Page painted a false picture of the Trump affiliate. While the fourth application included outright falsified evidence regarding Page helping the CIA during the relevant time period, the other three withheld that information even though it was known to the Crossfire Hurricane team within days of opening an investigation on the Trump campaign and months before the first application to spy on Carter Page was granted.

Contrary to the New York Times reporting that Clinesmith’s deception was not part of any wider misconduct, Inspector General Horowitz’s report shows otherwise. “We found that, although this information [of Page’s cooperation with the CIA] was highly relevant to the FISA application, the Crossfire Hurricane team did not engage with the other agency regarding this information,” he wrote. He further noted that the “factual basis supporting probable cause” to spy on Page relied upon Page’s contacts with known Russian intelligence officers, along with since-debunked claims made in four portions of the Steele dossier, a collection of drunken brainstorming and unsubstantiated gossip that was used as part of an anti-Trump operation of the Hillary Clinton campaign. Page, a Naval Academy graduate who was accused in the media of sedition against his country, had candidly discussed those contacts with an FBI asset and the CIA had told the Crossfire Hurricane team that on August 17, 2016. Horowitz listed this failure to inform the spy court of these facts that undermined their probable cause claim as the first of 17 major omissions and errors that corrupted the FBI’s spying on the Trump campaign.

1. Omitted information from another U.S. government agency detailing its prior relationship with Page, including that Page had been approved as an operational contact for the other agency from 2008 to 2013, and that Page had provided information to the other agency concerning his prior contacts with certain Russian intelligence officers, one of which overlapped with facts asserted in the FISA application;

The Justice Department already admitted that two of the application renewals were illicit. Informed observers speculate the first application and first renewal to spy on the Trump ally may suffer the same fate. Durham’s charging document, along with the exhaustive IG report, show that Clinesmith’s deception was part of a broader conspiracy against Page.

In fact, as critical as Horowitz’s report was toward Clinesmith for maliciously and willfully altering the documents used to justify spying on Page, he highlighted the errors of others, including “Case Agent 1,” thought to be FBI agent Steven Somma, as well. “When Case Agent 1 was explicitly asked in late September 2016 by the Attorney assisting on the FISA application about Page’s prior relationship with this other agency, Case Agent 1 did not accurately describe the nature and extent of the information the FBI received from the other agency,” Horowitz wrote.

Somma was also the agent who handled Stefan Halper, the individual who was identified as spreading some of the false information about Mike Flynn, Trump’s National Security Advisor who was illegally targeted by the FBI and ousted as a result of a high-level criminal leak campaign against him.

Another falsehood uncritically parroted by the New York Times reporter Adam Goldman, who was previously awarded a Pulitzer for his role in spreading the damaging Russia collusion theory, was that Clinesmith had merely “made a mistake while trying to clarify facts for a colleague.” The claim, pushed in the second paragraph of the story, is highly at odds with the litany of facts laid out in the Horowitz report and the charging document.

The Crossfire Hurricane team had already been notified by the CIA on August 17, 2016, of Page’s assistance in Russian-related matters. Page himself had told the FBI’s “Confidential Human Source” of his assistance to the CIA, and that had also been reported back to the FBI. But only when Page publicly stated that he’d been a U.S. intelligence source did the FBI revisit the issue, just before the third and final application renewal was set to be filed.

Clinesmith told Horowitz it was “a big, big concern from both [the Office of Intelligence] and from the FBI that we had been targeting [an individual with a prior relationship with the other agency], because that should never happen without us knowing about it.” He said the Crossfire Hurricane team was “spun up” about this concern, and that if it were true, they would “need to provide that to the court”
because such information would “drastically change[] the way that we would handle … [the] FISA application.”

Others at the FBI told Horowitz that the issue of whether Page was a source or not was very important “especially if he was being tasked to engage Russians, then it would absolutely be relevant for the Court to know … [and] could also seriously impact the predication of our entire investigation which focused on [Page’s] close and continuous contact with Russian/Russia-linked individuals.”

Clinesmith contacted the CIA to seek additional information and then altered the information he received to claim Page was not a source.

When Clinesmith contacted the CIA, he specifically wrote, “We need some clarification on Carter Page. There is an indication that he may be a ‘[digraph]’ source. This is a fact we would need to disclose in our next FISA renewal (we would not name the [U.S. government agency] of course).” He asked if Page was a source “in any capacity” and if he is, what a ‘digraph’ was or what type of source Page was. “Digraph” refers to the two-letter code used to describe “operational contacts” of the agency.

When the CIA official responded, she did so with a list of documents that the agency had provided the Crossfire Hurricane team previously, including the August 17 memorandum that laid out how Page was an “operational contact” for the agency. The CIA doesn’t use the term “source,” she later explained. She also explained what the digraph was and why the CIA encrypts the person providing reporting to the agency.

Clinesmith thanked her for the information and said it answered his question. Clinesmith then claimed to his supervisor that Page was a “U.S. subsource of a source,” and later claimed that was how he interpreted the CIA liaison’s response in an alleged phone call with her. He claimed that during this alleged phone call, she said Page was not a source. The liaison strongly disputed this claim, citing her email that stated the opposite, that “Page was a U.S. person who had provided direct reporting to the other U.S. government agency in the past. The liaison also said that the reason she offered, in her email, to assist in providing language for the FISA application was because she was telling the OGC Attorney that, using the FBI’s terminology, Page had been a source for the other agency. The liaison also stated that she saw no basis for the OGC Attorney to have concluded, based on their communications and the August 17 Memorandum, that Page never had a direct relationship with the other agency.”

And to top it all off, she also said “she did not recall having any telephone discussions with the OGC Attorney on this issue,” according to Horowitz.

Clinesmith requested a phone call with the Office of Intelligence attorney and they spoke for a half hour. At the end of the call, he forwarded an email but removed the initial inquiry about whether Page was a source. Clinesmith said he didn’t recall why he left out important context, including the portion of the email asking “Is Page a source in any capacity?” After the email, the Office of Intelligence attorney said they could drop the matter and Clinesmith said it was “music to my ears.”

Clinesmith and the Supervisory Special Agent 2 exchanged instant messages on the matter on June 19, 2017. The agent asked for an update on whether Page was a source. Clinesmith told him, falsely, that the code used to indicate that Page was a source just meant that he was a “masked USPER” caught up in communications with a real source and that even that communication was “closed” as “unhelpful.”  He said that when he told the Office of Intelligence Attorney, they agreed it need not be addressed in the FISA application renewal. Clinesmith also falsely claimed that the CIA “confirmed explicitly he was never a source.” He added, “at least we don’t have to have a terrible footnote.” The supervisory Special Agent said “interesting they say not a source. We thought otherwise based on the writing …” and asked Clinesmith if he had it “in writing.” Clinesmith said he’d forward it.

At that point, Clinesmith forwarded the falsified document, a crime to which he was expected to plead guilty today.

Clinesmith said he falsely stated that the CIA had “confirmed explicitly” that Page wasn’t a source because it was just “shorthand” for his alleged discussion with the CIA liaison.

The Supervisory Agent said he understood Clinesmith’s comment about not having to draft a “terrible footnote” to mean the team wouldn’t have to explain late in the process how they “just now come to determine that [Page] was an asset of the [other agency] and probably being tasked to engage … [with] Russians which is … why we opened a case on him.” He told Horowitz that he understood Clinesmith to be saying, that “‘the optic…would be terrible’” if the prior FISA applications were ‘dubious’ in light of a relationship between Page and the other agency, and the FBI was only becoming aware of that relationship in the third renewal application and after Page’s public statements.”

All this and more was characterized by New York Times report Adam Goldman’s sources as a mere “mistake” to which Clinesmith for some reason pleaded guilty.

In large part because of their role as co-conspirators in the Russia collusion hoax, the media move to downplay the facts surrounding the hoax even when they must be conceded, such as when individuals involved plead guilty to crimes, or when reports from independent investigators catalogue 17 major errors and omissions.

That all four the applications to spy on Page failed to include the key exonerating information of his role as a source to U.S. intelligence is major news, even as the Pulitzer winners try to pretend otherwise. 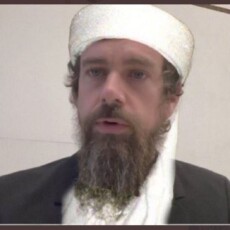