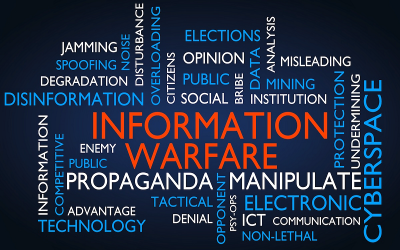 Armenia and its supporters are waging a five-phase infowar strategy against Azerbaijan which selectively relies on international legal claims, wrongly blames Turkey for sparking the Nagorno-Karabakh Continuation War, decontextualizes the unverified reports about Ankara allegedly sending Syrian fighters to the battlefield, tries to pit Russia against Turkey, and falsely portrays the conflict as a so-called “clash of civilizations” between Christianity and Islam.

The Armenian narrative in the Nagorno-Karabakh Continuation War is nothing more than a five-phase infowar strategy against Azerbaijan. It’s an inaccurate reflection of reality which weaponizes false claims, innuendo, and fearmongering in order to promote the landlocked country’s illegal military occupation of universally recognized Azerbaijani territory. Regrettably, it’s been somewhat successful in misleading its targeted audience even though it’s thus far failed to have any significant impact on influencing Russia, which the author recently argued would actually have its interests advanced by any Azerbaijani victory, not an Armenian one. Still, Armenia’s five-phase infowar strategy is dangerous because it’s climaxing with the false portrayal of the conflict as a so-called “clash of civilizations”, which is why the main points of its narrative must be identified and systematically debunked. Paraphrased summaries of each phase and the facts that contradict them will now be presented.

1. “Armenia Abides By International Law While Azerbaijan Breaks It”

Four UNSC Resolutions (822, 853, 874, 884) were passed in 1993 demanding that the Armenian military withdraw from universally recognized Azerbaijani territory. The continued presence of such forces on foreign lands against the will of its legitimate government is a violation of international law. Azerbaijan has the right to reclaim control over its territory in accordance with the earlier cited resolutions. Although Armenians argue that their local ethnic kin in Azerbaijan deserve to practice their UN-enshrined right to self-determination, no legal moves can be made in this direction under the conditions of foreign military occupation and without the return of all internally displaced Azerbaijanis to the region. Even if such an internationally recognized vote ever takes place, it’ll likely result in the creation of a broadly autonomous region as opposed to the area’s separation from Azerbaijan since Nagorno-Karabakh isn’t contiguous to Armenia and originally has a mixed population.

As the author recently wrote, “Azerbaijan Has The Legal Right To Request Turkish Military Assistance In Nagorno-Karabakh”, but both Baku and Ankara have denied that anything of the sort has happened thus far. Armenia and its supporters like to fearmonger about what many have described as Turkey’s foreign policy of “Neo-Ottomanism”, but Turkey would actually be fully abiding by international law if it supported Azerbaijan in removing the Armenian occupying army from Nagorno-Karabakh upon Baku’s request. It’s the continued presence of that foreign military on universally recognized Azerbaijani soil that kept the conflict “frozen” for so long that it inevitably thawed with time. The author earlier argued that Armenia, not Azerbaijan or Turkey, was responsible for the latest outbreak of violence in order to attract more international support for its cause, force its “totally neutral” Russian ally to take a side, ruin its “balancing” act, and drive a wedge between it and Turkey.

The reports about Turkey’s dispatch of Syrian anti-government fighters to Azerbaijan are unconfirmed, but even if they were proven true, Baku has the legal right to contract their services. Secondly, while the author doesn’t endorse the activities of the so-called “Syrian rebels”, he recognizes that not all of them are designated and/or truly treated as terrorists. Russia declared at the onset of its anti-terrorist intervention in Syria that the “Free Syrian Army” isn’t a terrorist group and acknowledged that some of its envoys had visited Moscow. It also allowed Mohammed Alloush from the banned Jaysh al-Islam to attend the first Astana peace talks in January 2017 as the head of the “opposition” delegation, and Foreign Minister Lavrov later suggested that they, his country, and Syria join forces against terrorists. In addition, focusing only on alleged Syrian mercenaries (whose activities would be legal as long as they aren’t terrorists) ignores reports about Armenian diaspora, Kurdish (PKK), and even ethnic Greek mercenaries whose activities in Nagorno-Karabakh would be illegal under international law.

4. “Russia & Turkey Are About To Come To Blow Over Nagorno-Karabakh”

Russian and Turkish diplomats are in close communication with one another about their countries’ position regarding the rapidly changing developments of the Nagorno-Karabakh Continuation War. Neither has any intention to fight the other in the worst-case scenario of a CSTO-NATO war, whether a proxy war or a direct one. They already cooperate real closely in Syria so there’s no reason why they can’t do the same when it comes to Azerbaijan. Their stance towards mercenaries is also identical in that they consider such armed groups’ alleged involvement in the conflict to be a destabilizing factor. There are thus far no indications to credibly claim that Russia and Turkey are about to come to blows over Nagorno-Karabakh, though Armenia wants to make it seem that way since this narrative might lead to more Western (especially French) diplomatic involvement on its side. It also wants to play mind games with both countries’ leaders to provoke a split between them.

5. “Armenia Is On The Front Lines Of The Clash Of Civilizations”

The Armenian Prime Minister recently declared that “The front line in Artsakh has become a clash of civilizations and battle of survival” even though his July 2020 National Security Strategy asserts that “We reject the presumption of a clash of civilizations, and in international relations we position ourselves as supporters of the dialogue of civilizations.” This dramatic volte-face is a purely opportunistic means to exploit the so-called “clash of civilizations” by falsely presenting the Nagorno-Karabakh Continuation War as an inevitable, existential conflict between Christianity and Islam, one which could lead to the “genocide” of the Azerbaijani Armenians. That claim ignores the fact that Azerbaijan’s Russian Christian minority is completely integrated into society and respected. It’s also a dangerous portrayal of events intended as a last-ditch desperate attempt to attract as much Western support as possible, drive a wedge between Russia and Turkey, and stave off Armenia’s defeat.

Armenia’s five-phase infowar strategy against Azerbaijan started off by selectively relying on international law but has quickly climaxed to the point of alleging an ongoing “clash of civilizations” between Christianity and Islam. Even Bush, whose two wars on Muslim-majority Afghanistan and Iraq led to indescribable destruction, said that “there is no clash of civilizations”, yet Pashinyan is portraying his war on Muslim-majority Azerbaijan as precisely one such example of that so-called “clash”. This is an extremely dangerous development that could provoke inter-religious violence across the world if radically inclined folks from either faith or even others are misled into believing it. At all costs, Armenia’s fearmongering about a “clash of civilizations” must therefore be exposed and debunked. It cannot be allowed to settle in the minds of the world’s people otherwise it could accelerate preexisting “Balkanization” processes in identity-diverse and conflict-prone regions. 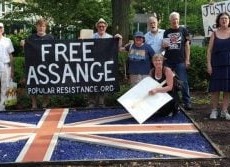 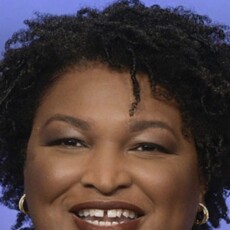