AMITY, Maine – While conducting operations near Amity, U.S. Border Patrol Agents from the Houlton Border Patrol Station apprehended a 36-year-old Chinese national who was found to have illegally entered the United States from Canada.

On Tuesday, August 4, agents from the Houlton Border Patrol Station encountered a female subject who admitted to being a Chinese national illegally present in the United States. Agents were able to verify the location where she illegally entered the United States by matching foot prints belonging to the suspect the scene. The individual was also in possession of nearly $10,000 U.S. Dollars (USD) and 14.25 ounces of gold bars valued at over $28,500 USD. The Chinese national was placed under arrest for illegal entry into the United States and transported to the Houlton Border Patrol Station for further processing.

During processing it was found that the Chinese national had legally entered Canada as a student. She also admitted to knowingly entering the United States illegally at a place other than a designated port of entry with the purpose of visiting a friend in San Francisco, California. The Chinese national was subsequently expelled to Canada in accordance with title 42 U.S. Code 265.

“The vigilance, service and integrity of our Border Patrol Agents who continue to apprehend those who are looking to circumvent customs and immigration laws, plays an important role in keeping our communities in Maine and throughout the United States safe,” said Houlton Station Patrol Agent in Charge Brent Conley.

We Went To Kenosha. Here’s What WI Voters Are Saying About Trump Vs. Biden 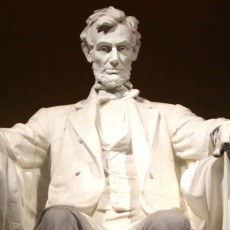 Why Abraham Lincoln Still Towers Over His Critics

Photos: ‘Devastated’ Beirut Emerges from the Ashes After Deadly Explosion