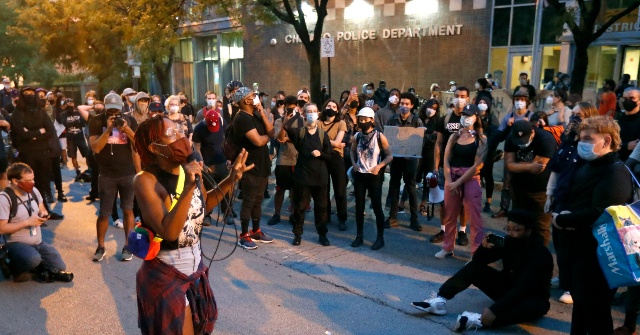 Black Lives Matter activists in Chicago held a rally Monday evening to stand in solidarity with the dozens of individuals who were arrested after a night of mass looting and criminal activity, with one organizer brazenly defending looting as a form of reparations.

Activists gathered at the South Loop police station on Monday to stand in solidarity with over 100 people who were arrested after a night of violence, destruction, and mass looting erupted within the city. As Breitbart News reported, the looting began after midnight and lasted hours.

Ariel Atkins, a Black Lives Matter organizer who spoke at the rally, said looting is not an issue and defended the criminal practice.

“That is reparations,” she continued, justifying the criminal action and contending that businesses will be fine because they “have insurance.”

“Anything they wanted to take, they can take it because these businesses have insurance,” Atkins said.

A special media post for the rally echoed Atkins’ position, encouraging supporters to come out and “support the people arrested last night for protesting another police shooting & taking reparations from corporations”:

We will be rallying at jail support TONIGHT! 7pm at 18th & State

Countless videos on social media show the sheer destruction and criminal behavior as looters took to the streets and, in some instances, livestreamed their shameless criminal acts:

People are live-streaming themselves looting in Chicago

Another night another riot. This time in Chicago.

Are you tired of this yet?

Looting continues in downtown Chicago as of 5:45am. These people are coming out of the Block 37 mall on Randolph west of State Street. Looting has been going on all over downtown and the Magnificent Mile since around midnight. Police are all over the place. @WBBMNewsradio pic.twitter.com/qrBwm8KCZX

A police-involved shooting, which occurred in the city’s Englewood neighborhood Sunday afternoon, sparked the criminal behavior. According to Chicago Police Superintendent David Brown, the suspect, 20-year-old Latrell Allen, fired at police, prompting officers to return fire, injuring him. He is expected to recover but faces attempted murder charges.

“This person fired shots at our officers,” Brown said. “Officers returned fire and struck the individual.”

“After this shooting, a crowd gathered on the South Side. Following the police action, tempers flared fueled by misinformation,” Brown added.

Some of the misinformation that likely fueled the unrest includes a social media rumor, contending that police gunned down an unarmed black teenager:

Chicago Mayor Lori Lightfoot (D), who failed to protect her city, made it clear that she does not want federal troops in the area. Rather, she wants “common-sense gun control.”

“We cannot continue to have circumstances where anybody and their brother can go across the border, or into other parts of Illinois, and bring illegal guns into the city of Chicago,” she told a reporter. 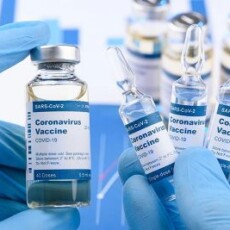 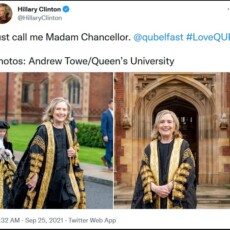