Do you own a dehumidifier? If so, you probably need to make good and certain that it doesn’t have one of these components in particular. If it does, toss it out, because it just might end up burning your house down!

Apparently, about two million of a certain dehumidifier that were sold at big box stores throughout the United States are now being recalled in an effort to prevent a significant fire risk, due to the fact that there have been at least 107 incidents reported that have caused as much as $17 million in property damage.

Here’s all that you need to know from the CPSC:

What Would the Remedy Be?

Customers are urged to stop using these dehumidifiers as soon as possible and contact the manufacturer, New Widetech, for a full refund. The amount of the refund that the consumer will receive is based on the specific of their dehumidifier.

Were There Any Incidents/Injuries?

The New Widetech company is aware of at least 107 instances where the recalled dehumidifiers had been overheating and/or catching fire, and that resulted in millions of dollars in property damage. Luckily, there were no injuries that had been reported.

Just Where Has This Dehumidifier Been Sold At?

This dehumidifier has been sold at Lowe’s Stores, Menards, Walmart, Costco, and a number of other retailers nationwide from February 2009 through August 2017 with prices between $120 and $420. 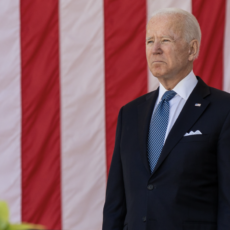 CNN’s Acosta: ‘You Have to Wonder’ if Trump Rallies This Summer Will Lead to Riots Like 1/6