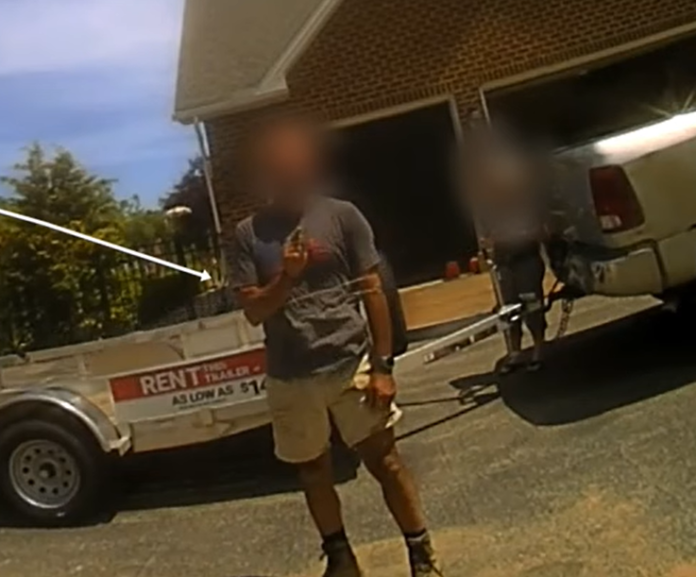 On June 3, 2022, two officers of the Northern York County Regional Police Department in Pennsylvania responded to a domestic dispute. When the officers arrived on-scene, the subject responded with hostility and attempted to initiate a physical altercation. After various threats and erratic behavior from the subject and multiple requests by the officers for compliance, the officers were able to coordinate a plan to use the BolaWrap to restrain the subject.

The BolaWrap was deployed to the subject’s arms and immediately redirected the subject’s attention and de-escalated the situation. The officers were able to swiftly contain the subject with handcuffs without the need for other tools or higher levels of physical force.

The subject was safely taken into custody and transported to a nearby hospital for a mental health evaluation.

“The BolaWrap once again proved to our officers that it is an effective way to de-escalate volatile situations,” said Chief David Lash of the Northern York County Regional Police Department. “In this instance we had a man in crisis who was attempting to engage officers in a fight. The officers on-scene were quickly able to deploy the BolaWrap and take the subject into custody without the use of any force. In fact, the male asks the officers ‘Did you think they hurt? They didn’t hurt.’ Neither the male nor the officers sustained any injuries, and we were able to get the man the help he needed. There is not another tool or weapon that we carry that would have allowed this situation to play out the way it did. The device worked exactly as intended.”

“Northern York Police Department has truly exemplified proper training and field use of the BolaWrap and their dedication to force avoidance,” said Wrap CEO, TJ Kennedy. “We celebrate another successful BolaWrap deployment that ends with everyone safe, and the situation resolved.” 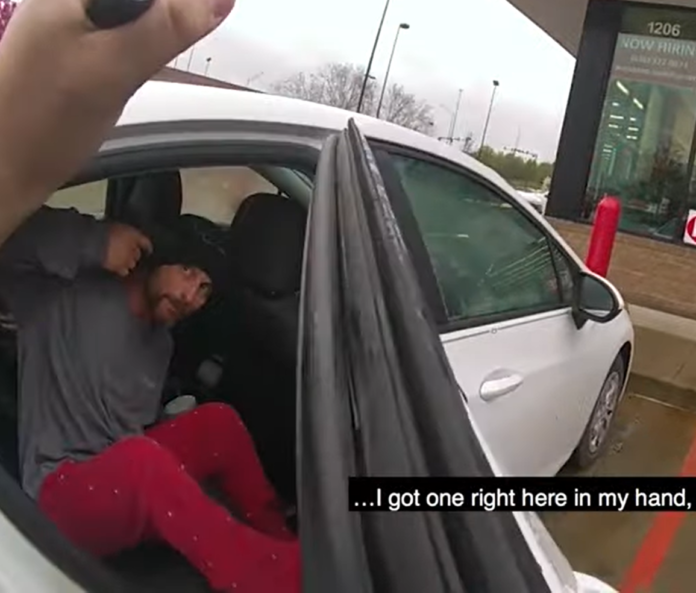 Wentzville, Missouri — The Wentzville Police Department released video footage of an officer shooting and wounding a man while he was threatening to kill himself outside an AutoZone on April 20. 54-year-old Daniel Phillips was shot by police just hours after prosecutors allege he kidnapped a former girlfriend near Troy, Missouri. While he was with her, Phillips reportedly threatened the ex-girlfriend with a gun, but she later was released unharmed. After two officers fired shots at Phillips. Phillips dropped the gun outside of the car. Phillips was unhandcuffed and taken to the hospital with non-life-threatening injuries. Phillips is facing multiple charges in several jurisdictions related to the kidnapping and the shooting. 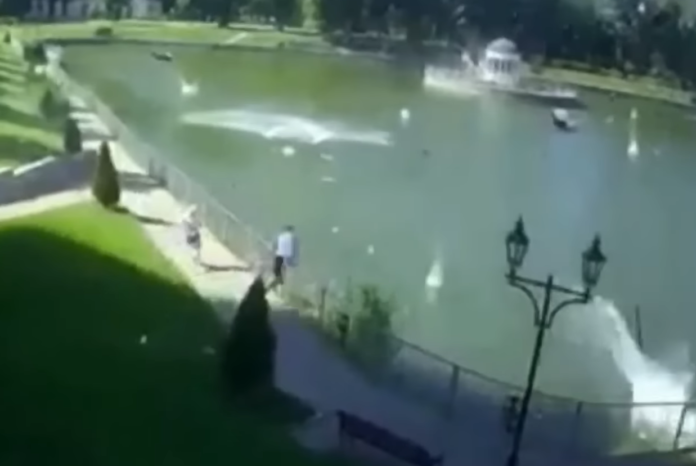 A huge blast sent shock waves through a public park in Ukraine as civilians scrambled for cover as a horrific Russian airstrike hit. 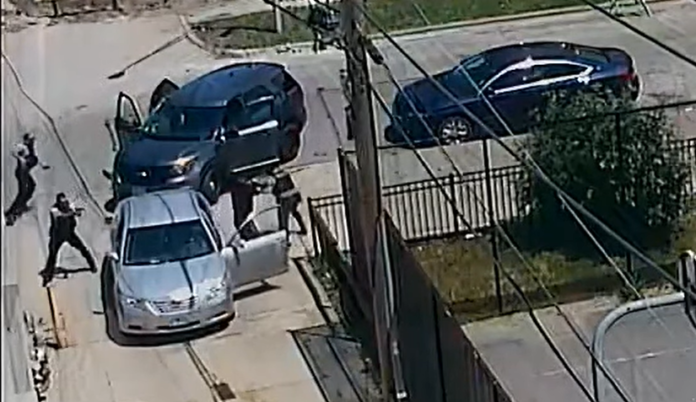 CHICAGO (FOX 32) – Videos were released Tuesday showing a shootout between Chicago police and a gunman earlier this month in the West Englewood neighborhood. The shooting took place about 2 p.m. on June 5 in the 6900 block of South Sangamon Avenue as three uniformed police officers were riding in an unmarked vehicle when they attempted a traffic stop, police said.

ATLANTA (11 Alive) — A Subway employee is dead and another one is in the hospital all because a customer thought there was “too much mayo” on his sandwich, according to the store owner. It happened at a location on Northside Drive in Atlanta just after 6:30 p.m. on Sunday. According to police, the woman killed was just 26-years-old. The owner told 11Alive she had only started working there a few weeks ago. 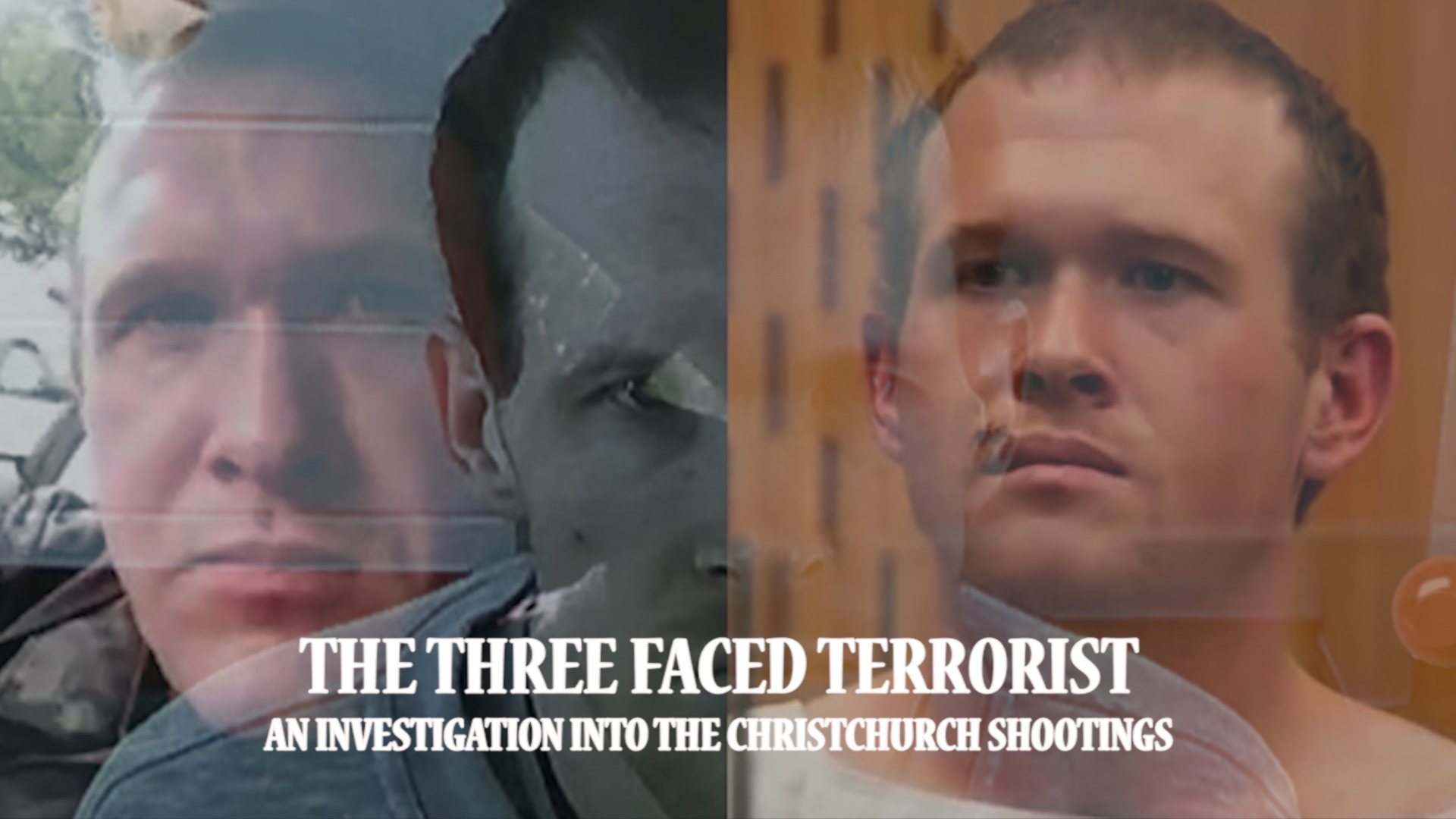 Here lies The Three Faced Terrorist Part Two, the truly incendiary, heavily censored investigation into the Christchurch mosque shootings on 15 March 2019, which the NWO really don’t want you to see.

Having had multiple spurious and unjustified strikes on YouTube, please subscribe to my back-up video channel on Odysee, where you can see all the content which Google’s censorious platform has removed, as well as every other upload which still remains on both channels:

However, for as long as the pages are still up there, you can still follow me on the censored mainstream platforms:

As always, many thanks for your indomitable, loyal and heart-felt support.

Video captured a van flying off a car carrier trailer after slamming into an under-construction overpass in South Florida. Luckily, no injuries were reported.