Many conservatives look at small towns as an essential refuge from a decaying American society. A rancid drag queen event with small children in attendance in a small Texas city, however, should disabuse them of this naïve notion.

Blaze TV host Sara Gonzales attended a drag bingo event on Saturday in the city of Princeton, Texas inside a community center that was formerly First United Methodist Church. She was later removed from the premises.

Fortunately for Gonzalez, the organizers streamed the entire event on Facebook. Gonzalez posted a video clip on Twitter from the event that begins with a bearded drag queen making the following remarks:

Now, I’m going to do a quick little cheers that I normally do. I mean, I know there’s little babies here. But close your ears (laughs).

This is just a tradition all (drag) shows normally do. So raise your glasses. Cheers to you, cheers to me, cheers to the ones who lick us where we pee.

If you’re not sharing this video, with urgency, to absolutely everyone you know, then you’re simply a willing participant in your inevitable demise. The high level of ignorance on this subject is how we got here in first place. Our world is about to change for the worse. Not understanding why and who’s responsible, leaves you and everyone you care about at their mercy. This is where we’re at now. All by design. Time’s up.

The event is described by the bar’s social media page as “A family-friendly spinoff of our famed Champagne Drag Brunch.” The event is titled “Drag the Kids to Pride.”

This sick perverted shit is almost more than I can stand. Every child in there should be removed from their parents custody immediately. Do something right for a change CPS of Texas. The are not even trying to hide the fact that they are trying to harm children any more.
Source: Bunny Crumbs. 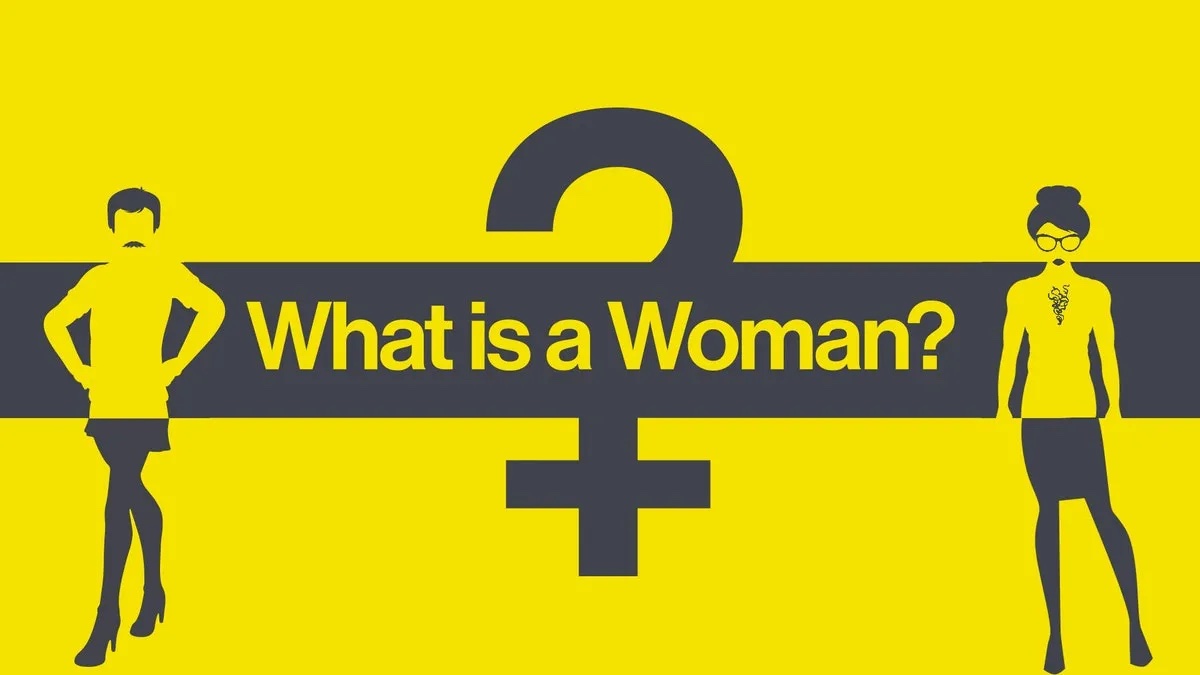 The Daily Wire’s Matt Walsh travels to the plains of Africa and the ivory towers of academia to ask a four-word question that is transforming the transgender debate.

A few years ago, author and podcaster Matt Walsh began asking a simple question that he believed could ultimately undermine the entire transgender movement — namely, “What is a Woman?”

Walsh has not stopped asking that question since and is yet to find a straight answer from those steering the gender conversation. He even appeared on the popular daytime TV show Dr Phil earlier this year to discuss the definition of the word ‘woman’ with trans activists.

On Wednesday, The Daily Wire premiered Walsh’s brand new documentary dedicated to this topic, aptly named ‘What is a Woman?’

So popular was the premiere that Daily Wire Co-CEO Jeremy Boering was forced to make a public apology after so many streaming requests flooded their site that some viewers were prevented from seeing the show.

It has since been revealed that the company was also hit with a cyber attack on Wednesday night. “We have confirmed that @realDailyWire experienced a significant and sustained DDoS attack tonight meant to disrupt the World Premiere of #WhatIsAWoman,” Boering tweeted.

#WhatIsAWoman has been trending on Twitter in the days since, along with humorous — and some heartbreaking — highlights from the documentary that have seen millions of views.

Gender, According to People of Colour

In an especially viral clip, Walsh has an extended interchange with the elder of a Masai tribe in an African village. He puts to the elder questions that are now taken for granted in the halls of Western academia and on university campuses, including, “Can a man become a woman?” and “What if a man decides his gender identity is a woman?”

When Walsh asks, “What [about] a woman with a penis?” the crowd of Masai tribesmen gathered around can be seen laughing and shaking their heads in disbelief.

Here’s a nice video to share for #PrideMonth. I spoke to an African tribe about transgenderism. The Left claims that traditional cultures have fluid notions of gender. That’s… not exactly what I found.

More in the full film, What Is A Woman, premiering tonight on the Daily Wire pic.twitter.com/WbU6s8Y2Q5

Back on home soil, Walsh speaks with pediatric professor Dr. Michelle Forcier who claims that prepubescent kids are ready for trans hormone therapy “whenever they ask for it”.

She also concedes that the same drugs used to chemically castrate pedophiles are those being prescribed to pre-teens to “pause” puberty.

Perhaps most fascinating is the tangled logic Forcier is forced to use in her denial of the sky-is-blue reality of gender.

A fascinating feature of ‘What is a Woman?’ is the number of interviewees who threaten to walk out of their conversations with Walsh, whose questioning style remains calm, honest and objective.

As The Babylon Bee’s CEO Seth Dillon has observed, “With simple, dispassionate questions, Matt Walsh reveals that mere curiosity about the truth is enough to offend people who’ve built their careers and lifestyles on the back of its suppression.”

In one particularly awkward exchange, a college professor suggested that the notion of truth itself was transphobic, and then threatened to walk out of the interview.

On asking Democrat Congressman for California Mark Takano why women should have to share their locker rooms with men, Takano did in fact walk out — apparently on the instruction of a staffer, and without so much as an explanation.

On Transgender Regret and Surgery for Children

Walsh also interviews Scott Newgent, who was in 2021 permanently banned from Twitter for speaking out against the medical and surgical “transition” of children. Newgent’s own story of transgender regret is moving.

Scott Newgent is the hero of the film. Such a remarkable contrast between the raw openness and honesty in this interview and the evasiveness and defensiveness from the “experts” I spoke to.

The strength of ‘What is a Woman?’ is its ability to lay bear the intellectual bankruptcy of transgender ideology while remaining both witty and heartfelt.

The majority of Westerners have chosen to stick with common sense on the trans issue and will be grateful to see their views fairly represented in a time when disparaging sanity has become a sport in highbrow culture.

In the words of Andrew T. Walker, a professor at Southern Baptist Theological Seminary, Walsh’s new show is “outstanding” — and “pastors/churches should consider organising screenings”.

‘What Is A Woman?’ is available to watch for Daily Wire members, including new members who can sign up here.