For a print book for those who want one, Lulu Store
https://www.lulu.com/spotlight/flat_earth

If you can’t find your comment below it’s because it fell into one of the following categories listed:

☑️ It was useless
☑️ It was a personal attack, name calling or about my family
☑️ It was an appeal to authority or a straw man argument
☑️ It contained excessive profanity or unrelated nonsense
☑️ You have no avatar or channel history and most likely are a fake account
☑️ You dropped a link with no explanation of what it is to
☑️ You are spamming the same comment on other videos
…
https://www.youtube.com/watch?v=E-ACcnKyIjs

If you support what I’m doing here & wanna throw a couple bones to keep the lights on and the content flowing:
✅ https://cash.app/$HighImpactDonate
☕️ https://www.buymeacoffee.com/HighImpactFlix
⭐ SubscribeStar: https://www.subscribestar.com/highimpactflix

Former NASA and Lockheed Martin Employee spills the beans on the flat Earth. She overheard NASA employees making fun of people who believed the moon landing was real.

YouTube has repeatedly removed this video and have deleted several accounts that have posted this videos. I wonder why?

This video also appeared on Flat Worth ( www.flatworth.com ), but oddly enough that site no longer exists. This version is uploaded with some clearer audio.

There Are No Satellites in Space! Just balloons above the Flat Earth.

All the evidence is pointing South. It’s time to go South and find out what the global elite scum have been hiding from everyone. The earth is flat, we don’t live on .

A Biblical Flat Earth Documentary – The Global Lie explores the truth about our world and exposes the satanic lies that have been in motion for over 500 years. A shocking discovery that will change the way you think about our past, present, and future. The world is not what you think it is.

The position of flying through space while orbiting the sun, headed to nowhere exactly, is what really devalues and distracts from God’s creation and human life. The earth is reduced to happenstance and insignificance in light of the unending universe of space, planets, and stars. Humanity appears to be a cosmic accident rather than a beautifully designed creation of God.

Quotes Of The Early Church Fathers And Protestant Reformers http://www.philipstallings.com/2015/0…

the Truth Is Stranger Than Fiction https://www.youtube.com/channel/UC2aF…

Why would they lie about the shape of our world? See below for the UFO Alien Deception. The Global Lie is needed for the great deception.

Explore more of the connection with the big bang universe globe earth lie and the UFO Alien deception from a Christian perspective. The Flat Earth truth is that we are not some random spinning ball flying through space. This has all been put in place so we will fall for the great deception coming to this world. There are no planets. These are wandering stars. There is no other life out there. The only other life that exists are the fallen ones, the demonic entities that take many shapes and forms. Don’t fall for the lies of NASA and the mainstream science community. This big bang universe giving us evolution has been planned for thousands of years. We are now at the point where most of humanity will fall for the UFO Alien Agenda. https://www.youtube.com/watch?v=dvYZA…

Copyright Disclaimer Under Section 107 of the Copyright Act 1976, allowance is made for “fair use” for purposes such as criticism, comment, news reporting, teaching, scholarship, and research. Fair use is a use permitted. “Fair Use” guidelines: www.copyright.gov/fls/fl102.html

Sign up to the brand new Ickonic Media Platform and enjoy a free 7 day trial – https://www.ickonic.com

The Answer is available now at https://shop.davidicke.com/product/the-answer-by-david-icke/

Order Alex Jones’ new book ‘The Great Reset: And the War for the World,’ that eloquently delivers a full analysis on the global elite’s international conspiracy to enslave humanity!

Take advantage of our biggest discounts of the year RIGHT NOW at the Infowars Store!

Be sure to order your autographed copy of Alex Jones’ new book ‘The Great Reset: And the War for the World,’ while they’re still available!

‘Alex’s War’, the explosive documentary that goes behind the scenes at Infowars and has unprecedented personal interviews with Alex Jones, is NOW available at the Infowars Store! 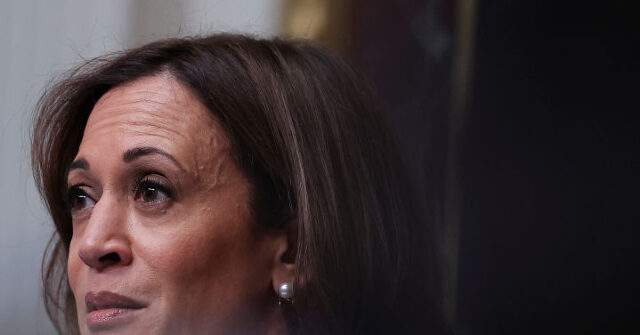 Vice President Kamala Harris’s desperate winless streak continued Monday after NASA scrubbed the Artemis launch due to an issue with one of the rocket’s four engines.

Harris, who chairs the administration’s National Space Council, had planned to attend the launch with second gentleman Doug Emhoff and deliver a speech about the United States’ leadership in space and historic nature of the Artemis missions. The purpose of the missions are to land a black person and woman on the moon.

But the mission was scrubbed after technical failure, and Harris’s big day was postponed. Besides delivering speeches, it is unclear what exactly Harris’s role is as the chair the National Space Council. “There have occasionally been snickers about the fact that the VP chairs the administration’s National Space Council,” Politico Playbook reported.

KAMALA HARRIS: The space program “is going to benefit all mankind and womankind.” pic.twitter.com/WfxkUuooLV

After the launch, Harris was reportedly scheduled to inspect some of the equipment to be used in the upcoming moon missions.

Monday’s postponed launch adds to Harris’s desperate winless streak. Earlier this year, the Democrat National Committee reportedly had to reschedule its Woman’s Leadership Forum fundraiser with Harris on May 25 and 26 due to a lack of ticket sales.

In June of 2021, NBC News questioned Harris about why she had not visited the border, as doing so may give her insight into how to stop the southern border invasion. Harris answered by saying she had not yet visited Europe.

“You haven’t been to the border?” Lester Holt asked.

“And I haven’t been to Europe,” Harris said laughing. “And I mean, I don’t understand the point that you’re making. I’m not discounting the importance of the border.”