In recent years, in the light of the exposed cover-up of television personality, Jimmy Savile’s pedophiliac ways, and the dark secrets of Westminster finally being revealed, the shocking truth of the elite and its involvement in a child abuse network that stretches far beyond the United Kingdom has broken free from the underground ‘kooky’ conspiracy websites and made into the public eye.

But for decades people have warned of this shocking reality and their testimonies and concerns have been dismissed or even ridiculed. Such claims have been hidden by the government-controlled mainstream media, but it is coming more and more well-known that there is a worldwide network of high-ranking individuals such as religious leaders, MPs, judges, doctors, and many more involved.

Enjoyed this video? Join my Locals community for exclusive content at bongino.locals.com!

Eduardo Bolsonaro talks to Tucker Carlson about what happened after gun restrictions in Brazil were loosened: “Brazil is safer, thanks God, because of this policy.”

Telles is facing murder charges and is due in court on Thursday. 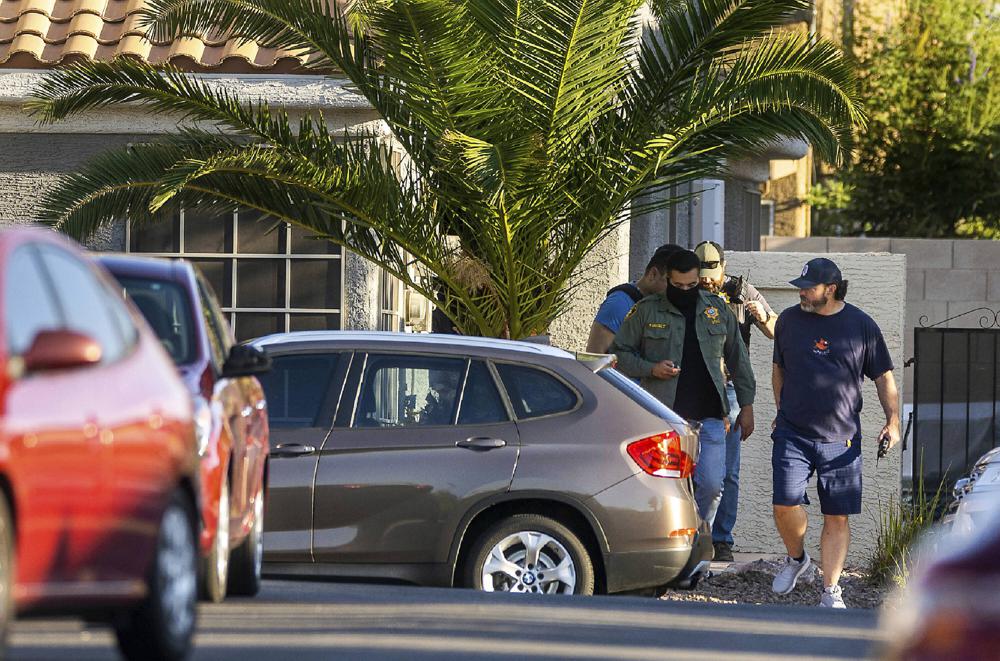 Authorities alleged Telles, whom German had recently run investigative reports exposing corruption, had self-inflicted stab wounds when authorities arrested him following a “standoff with SWAT at his home,” according to ABC News.

The stunning development came a day after Las Vegas police asked for the public’s help in identifying a suspect in the case. An early morning search of Telles’ home on Wednesday provided the first indication that the Friday killing might be related to German’s work exposing public wrongdoing. The investigative reporter was pursuing a potential follow-up story about Telles in the weeks before he was killed. [Emphasis added]

Robert Telles just arrived at his house. Reporters asked him if he had any comment. I asked why police towed his vehicle. He had no comment. Story: https://t.co/3CSa7B4XeS pic.twitter.com/tgQ7JuI9BX

Robert Telles returned home Wednesday afternoon in a white bodysuit. Sources say police took his clothes while questioning him and that investigators found bloody items inside his house. bit.ly/3BoPqeI

German, a veteran journalist of 40 years, was repeatedly attacked by Telles following the investigative reports, according to the Guardian:

Telles, 45, a career attorney who ran for office as a Democrat, had denied the accusations and repeatedly lashed out at the reporter investigating his conduct, calling German a “bully” on Twitter and writing that a request for comment was “a veiled threat”. On his campaign website, Telles had added a section he labeled “the truth,” where he denied accusations staff members had made against him and criticized German and the Review-Journal. [Emphasis added]

A REPORTER’S LEGACY: Las Vegas Review-Journal investigative reporter Jeff German was one of Nevada’s most accomplished and trusted journalists.

Amy Furr is a reporter for Breitbart News. 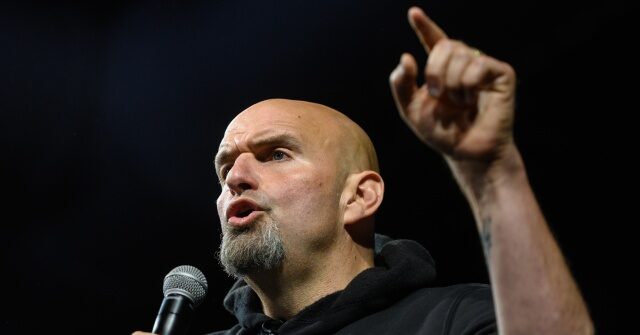 In an exclusive interview with SiriusXM Patriot’s Breitbart News Saturday, Guilfoyle blasted Fetterman as a “dangerous” choice to fill Pennsylvania’s open Senate seat as a crime wave sweeps the state and nation.

“It’s appalling to me the number of murderers, people who have committed violent crimes that [John Fetterman] has actually let out … that’s what people don’t get — he’s a very dangerous choice,” Guilfoyle said.

“It reminds me of the days when we talk about Dukakis. [Fetterman] actually let out two Hortons — two murderers — onto the streets and I think that it’s important and that we drill down on this and get to the bottom of it because this man wants to be in the United States Senate,” she continued.

Guilfoyle is referring to Dukakis’s 1988 run for president where then-candidate George H.W. Bush ran an ad noting that the Massachusetts Democrat governor had supported a “weekend prison pass” program that let out convicted killer Willie Horton, who went on to kidnap a young couple, stab the man, and rape his girlfriend.

In Fetterman’s case, as Breitbart News reported, he has overseen the release of 13 convicted murderers while heading the Pennsylvania Board of Pardons. Two of those who had their life sentences commuted are convicted killers Dennis Horton and Lee Horton.

“Whose side is he on? The law-abiding American or those that actually commit crimes,” Guilfoyle said. “… We have someone saying, ‘Reward me with a United States Senate seat even though I don’t respect law and order, I don’t respect victims of violent crime, and in fact, I reward those who’ve hurt you and your family.’”

“How is there any justification to let people out like that?” Guilfoyle said of the prison releases overseen by Fetterman. “… you have someone here who has gone out of his way, actually prioritized, releasing violent criminals. And that’s the last thing Pennsylvania needs, especially when you see what’s happening with the violent crime in Philadelphia.”

Guilfoyle said voters ought to be concerned about the violent crimes that those released from prison by Fetterman’s Board of Pardons could possibly go on to commit.

“People that are released that are criminals like that, they are not able to be rehabilitated in any way, they go back out and do what they do best, which is commit violent offenses,” Guilfoyle said. “It’s not speculation, it’s fact … that is the case. That is why we put people away for a long time or for life that commit these kinds of atrocities.”

Fetterman sits on the Democrat Party’s edges of the far-left wing when it comes to crime. In 2020, he said that the state of Pennsylvania should release a third of its prison population back onto the streets — a suggestion that would have freed more than 12,000 of the state’s nearly 37,000 inmates.

Democrat John Fetterman: “I agree with” reducing “our prison population by a third” — it won’t “make anyone less safe” pic.twitter.com/OhSIIQ63f7

In 2021, Fetterman advocated for eliminating the state’s mandatory life-without-parole sentence for suspects convicted of second-degree murder. In 2019, Fetterman successfully lobbied the Board of Pardons to eliminate application fees for convicted criminals seeking pardons.

Fetterman’s advocacy on behalf of criminal suspects and prison inmates comes as the state’s most dangerous city, Philadelphia, experiences an unprecedented crime wave.

This week, a cemetery in the Philadelphia suburb of Upper Darby revealed that 90 percent of new burials are for violent crime victims.

Today on the Stew Peters Show, we proudly present the worldwide premiere of “These Little Ones”.

Prepare your family for famine and shortages by purchasing food through: https://heavensharvest.com/

Check out http://nootopia.com/StewPeters for help increasing your mental & physical strength to battle the deep-state’s KRYPTONITE plot against Americans!

CACOA is super good, it’s a super food, and it’s super based!
Buy it now:
https://shop.earthechofoods.com/stew

China has been doing this for years also. Organ harvesting. China has turned organ transplants into a multi million dollar business. If they don’t have someone they can kill for an organ they will literally kidnap you off the street.

You need to understand organ harvesting is done while the person IS ALIVE AND WITHOUT ANESTHETIC. It is my opinion that when you fail to protect children you fail our father in heaven. This video is from 2018. It is just as bad or much worse now.
Article: https://newspunch.com/israel-harvesting-organs-syrians/
Source: The SGT Report via the Freedom Ministry