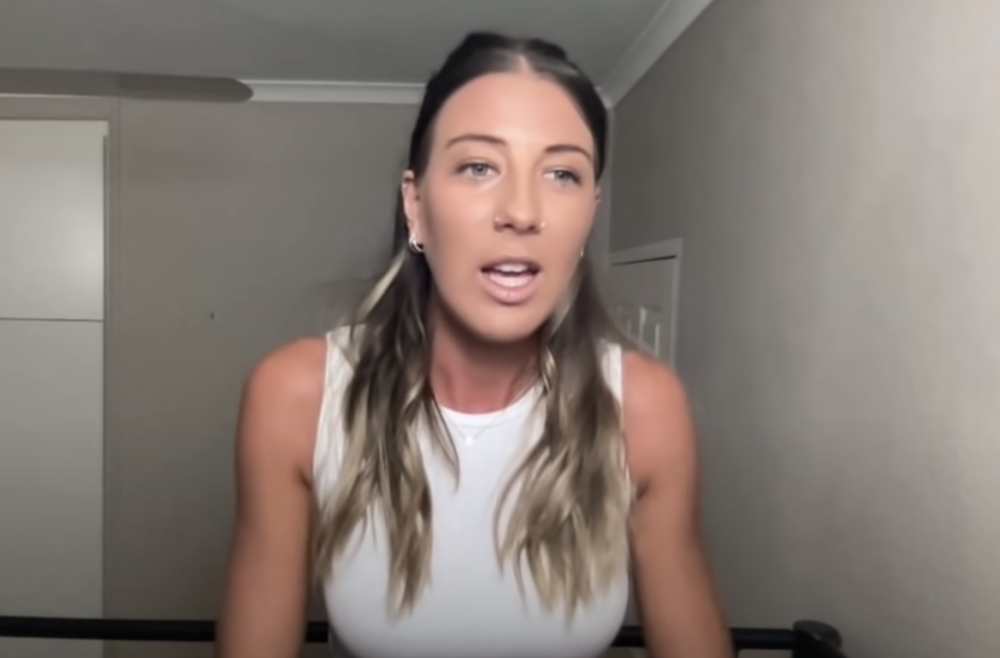 For months, the Australian government has hastily imprisoned people it deems to be a risk of contracting or infecting others with COVID-19 and forced them into isolation in state-sanctioned quarantine camps.

According to 26-year-old Hayley Hodgson, who spent weeks in a quarantine camp despite the fact that she never tested positive for COVID-19, being locked up in this manner is “like you’re in a prison.”

“It’s horrible. It’s a horrible feeling,” Hodgson told Freddie Sayers of UnHerd. “You feel like you’re in prison. You feel like you’ve done something wrong. It’s inhumane what they’re doing. You are so small, they just overpower you. And you’re literally nothing. It’s like, ‘You do what we say, or you’re in trouble, we’ll lock you up for longer’. Yeah, they were even threatening me that if I was to do this again, ‘We will extend your time in here.’”

Hodgson reportedly moved from one end of the country in Melbourne to Darwin on the other end to escape totalitarian COVID measures enacted by the Australian government but quickly found herself as a prisoner in her state’s “quarantine camps” even though she did not have the virus.

Australian officials first confronted her after one of her friends tested positive. Investigators found Hodgson by running her scooter license plate. They interrogated her and asked if she had been tested since she was a “close contact” of the now-COVID-infected friends. Hodgson, who had yet to get a COVID test, lied and said she had already been swabbed.

“So then the police officers blocked my driveway,” Hodgson recounted. “I walked out and I said, ‘What’s going on, are you guys testing me for COVID? What’s happening?’ They said, ‘No, you’re getting taken away. And you have no choice. You’re going to Howard Springs. You either come with us now, and we’ll put you in the back of the divvy van. Or you can have a choice to get a COVID cab.’ … I just said, ‘I don’t consent to this. I don’t understand why I can’t just self-isolate at home, like a lot of other people are doing.’ And they just said, ‘We’ve just been told from higher up where to take you. And that’s all that there is.’”

Hodgson said she was told she would be released after testing negative for COVID-19, but when she arrived at the facility, she was escorted by figures in hazmat suits to a room where she would stay for 14 days with meal deliveries occurring just once daily. She was reportedly tested three separate times during her detention but was forced to stay in isolation

Hodgson said that when she tried to leave her cabin cell to walk outside, she was threatened with a $5,000 AUD fine for not wearing a face covering. The facility also reportedly offered her drugs such as Valium “to calm her down.”

“She has since lost her job at a store, which was on a casual basis. At no stage was she reminded of her rights or put in contact with a lawyer,” UnHerd reported.

Australian officials established the Howard Springs quarantine camp near Darwin last August with the intent of imprisoning anyone they believed to be possibly infected with COVID-19 and forcing them into isolation. Despite the fact that the Northern Territory where Howard is located has not seen a COVID death, the old mining camp-turned-unofficial prison can hold up to 2,000 people at one time.

Just this week, Australian police recaptured three people who attempted to flee the COVID camp. The trio of escapees tried to jump the fence after testing negative for the virus one day prior.

Today the Senate had one last chance to support an inquiry into legislation to protect Australians from coercive jab mandates. They had the opportunity to support basic democratic principles and they failed.

Labor, The Greens, Griff, Patrick and Lambie have colluded again to silence and deny the Australian people any opportunity to be heard on their opposition to vaccine coercion.

A petition signed by more than 200,000 Australians in just 22 days was tabled in support of a call to Parliament to pass legislation that will stop the COVID-19 vaccine discrimination which is dividing Australia and causing so much harm.

There is no excuse for denying Australians this opportunity.

As Senator Hanson said today, “For the second time, they’ve colluded to prevent my legislation being referred to an inquiry and ultimately it’s the third time they’ve knocked back the bill.

“But while they’ve made every effort to silence us, what they cannot do is prevent the Australian people having their say at the next election. Ultimately, we are all accountable as elected lawmakers and the next election is the best opportunity for Australians to choose representatives who will stand for their rights.

“Those representatives who support these most fundamental rights will be standing for election as candidates for One Nation. I have absolute confidence in the Australian people to make the right choices for themselves, their families, their communities and their nation.”

In a Facebook post today, Pauline Hanson explains that she did her best to convince them to see reason, but her words fell on deaf ears.