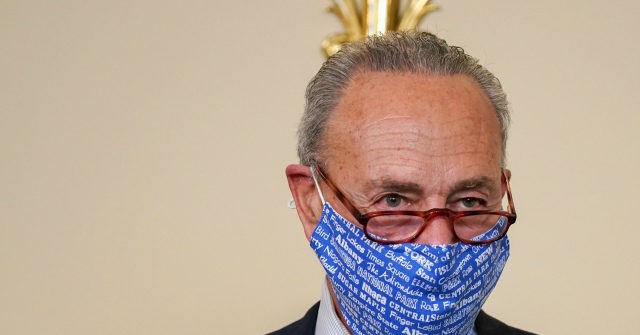 Here we go again with the stimulus bill talks.

“Last night, they’ve agreed to sit down and the staffs are going to sit down today or tomorrow to try to begin to see if we can get a real good Covid [Chinese coronavirus] relief bill,” Schumer said during a press conference in New York. “So, there’s been a little bit of a breakthrough in that McConnell’s folks are finally sitting down and talking to us.”

Democrats successfully blocked the chances for a stimulus bill prior to the election, hoping a weakening economy would hurt Trump. None of the Democrat leadership on Capitol Hill wanted Trump to be able to point to a legislative accomplishment or an economic surge in the weeks before the election.

To the surprise of many, however, the economy did surge in September and October, thanks to strength in manufacturing and housing and stronger than expected household consumption. Flush with income saved during the pandemic, the American economy was more resilient to the surge in coronavirus and lack of stimulus spending than economists had forecast.

Now, there are signs of weakness. Jobless claims jumped higher last week. The New York Fed’s manufacturing survey showed growth slowing. So did surveys from the Philly and Kansas City Feds. The stock market has been volatile even though we keep getting good news about vaccines.

It is likely that businesses and consumers are reacting to the surge in the virus and the re-emergent threat of lockdowns by pulling back on spending and investment. Democrats are itching for shutdown orders but realize that doing so without a large spending bill to support the economy would invite economic catastrophe.

So it’s not surprising that Schumer wants to sit down with McConnell. But does McConnell really want to supply Schumer with the financial means of shutting down the economy again?

We certainly do have an obligation to support small businesses whose sales we cripple with lockdown orders and workers whose jobs we eliminate as collateral damage in our war against the pandemic. We should not let the virus increase the economic misery of our fellow Americans if we can prevent it. Another round of stimulus checks would go a long way to keeping the economy growing.

Even without lockdowns, we would likely need some stimulus just to offset what is likely to be a slump in spending by older Americans as infections rise. For a lot of Americans beyond. certain age, life revolves around traveling to visit your grandkids, playing golf, taking cruises, going out to eat, and spending down the savings accumulated over a lifetime of work. It is the de-saving of the old that allows the young to spend less income than they earn — to save — without hurting the economy. We won’t be back to normal until older Americans feel safe to leave their homes and spend money.

But we know a lot more about the virus than we did back in the spring — about how it is spread, how it can be treated, and how it can be contained — and should approach with caution proposals that make it easier for Blue State governors and mayors to lock us out of our businesses and schools once again. New York City just closed its schools once again despite no evidence they were at-risk of becoming hotspots for spreading coronavirus. There are even signs that the politicians will use the vaccine as an excuse to shut down, urging us to close large parts of the economy until the vaccine is universally available. The difficult task ahead is balancing the need for stimulus with the goal of protecting the economy from the zealotry of the lockdown Democrats. 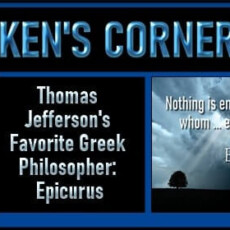