TO CALL Justin Trudea a pink Nazi is being kind. He’s worse. He’s a known companion of pedophiles and the epitomy of the degenerate, corrupt western political leader.

Little wonder then that this so-called prime minister of Canada who, like his ideological counterparts Jacinda Ardern and Joe Biden, is systematically wrecking his nation for the cause of globalism aka global communism, aka the great reset.

Trudeau’s regime is telling Canadian truckers to vaccinate or lose their jobs. As of Jan. 15, unvaccinated or partially vaccinated Canadian truck drivers entering the country must get a PCR test outside of Canada within 72 hours of planned entry; get tested when they arrive; and then self-test on day 8 of a mandatory 14-day quarantine period.

So the truckers are doing the big convoy thing to their capital city Ottawa and the nation is behind them, apart from Trudeau’s mindless sycophants from national media, academia, the federal public service and his own party. Aussie truckies made a less then successful attempt to do the same, but were betrayed by the big trucking companies and transport unions.

Canadian corporate trucking interests in the form of the Canadian Trucking Allliance, is also resisting the convoy, but no-one except the media is listening. Again, it’s showing up how these so-called “industry groups” are betraying their grass roots memberships. It’s time to reorganize truckies!

Two convoys started in British Columbia in the west on the weekend, drove through the Rockies and gathered for a rally outside Edmonton, Alberta, before heading to Calgary and then eastward. Canadians offered free supplies and mechanical assistance along the way. A Go Fund Me page raised nearly $3 million for fuel, food and other costs.

School kids wrote up special thank-you cards for the truckers but the country’s crooked, election- rigging prime minister called the convoy a “terrorist organisation”. No doubt a big rig would be somewhat terrifying to the pansy PM if he got too close to one.

Canadians are coming out in their thousands to cheer the convoy on, waving their national maple leaf flag and driving with the convoy. “The boys have had enough. It’s happening,” said a convoy supporter going by the name of Wil Paranormal. “All you truckers, all you guys you’ve got all the leverage…. You guys are heroes, man.”

How well the protest sticks in the national capital has yet to be seen. One thing’s for sure, Trudeau and his regime of neo-Marxists are on the nose and this protest cannot be ignored. Most of the trucks are expected in Ottawa by the 29th. 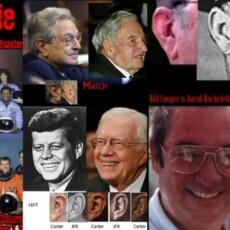 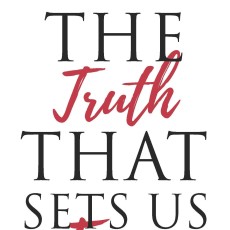 The Truth that sets us Free

We Need an Entire New Political System, That Requires No Political Parties, Nor Politicians, and We All Vote Online Directly for Policy