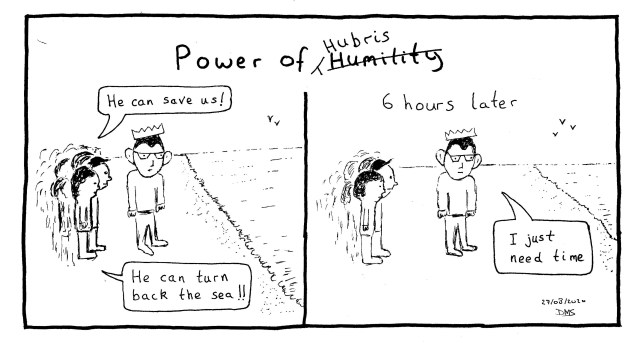 Is Victoria the beta-test? Above is one of Harold’s many cartoons that he has sent Gumshoe — this one “Can Dan push back the sea?”

So much is unfolding.

The Catholic Church has been onto vaccines for some time. Kenyan Catholic bishops criticized a UNICEF/WHO tetanus program in Kenya have for being a disguised population reduction method. Doctors had analyzed the vaccine and found it had been laced with the pregnancy hormone – Human Chorionic Gonadotropin (HCG) developed by World Health Organization (WHO) in 1992. Did the WHO launch expansive fertility reduction programs guised as tetanus vaccine programs in Nicaragua, Mexico and the Philippines?

Now, Australia’s most powerful Archbishop has warned his Catholic flock about the “ethical concerns” about the coronavirus vaccine that the Federal Government is allegedly ordering for all of us.

Anthony Fisher, the Archbishop of Sydney, used Facebook to criticize the Oxford University vaccine being developed at, saying it “makes use of a cell line cultured from an electively aborted human foetus… Whether this vaccine is successful or not, it is important that the Government does not create an ethical dilemma for people.”

An Italian doctor has come out with a shocking Facebook video.

A reader forwarded the following 49-page document that concludes with,

“This document will be distributed across Australia by Australians demanding that the source of destruction to Farming Families, Small Businesses, and small and large companies laying off thousands of employees must fall on the shoulders of –

Dan Andrews who must be removed and/or sacked from Public Office by caretaker Governor Linda Dessau – who must then resign herself and the Governor General of the Commonwealth, General David Hurley MUST call new elections for Victorians.

The document contains years and years of collective research and can all be fact-checked.” 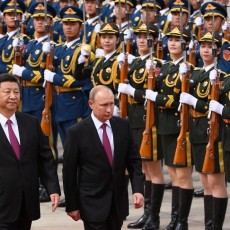 Russia is empire-building while Australia sleeps 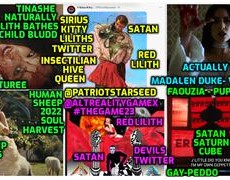 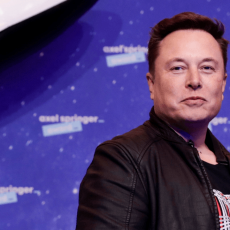