In reality, I did not do those things, but what if I now feel forced to do any of them? What punishment will I suffer? Let me say that I think the law expressed at 18 USC 2384 is reasonable.  I don’t want America to be left to the mercy of your basic thugs who might go around destroying us. Twenty years jailtime seems almost too lenient (although, remember, it’s only for conspiring to do it. If I actually levy war that’s treason and I could end up swingin’ in the breeze).

What If a Law Is Bad Or Unconstitutional?

In Australia I am called a journo – a journalist — as I write regularly for GumshoeNews.com.  But I don’t see myself as a journo even when, as now, I am scribbling out an article.  I see myself as a citizen, using my insights and education to try to nudge the government into living up to its role in a republic.

At the same time, I do love the written law and want to encourage people to see it as their protector. If Parliament in Australia, or Congress in the US, occasionally enacts a bad law, I jump in to oppose the law, and try to get it overturned.

Recently, US Rep Tulsi Gabbard made a brilliant move. She saw that the law that is now being used to persecute Julian Assange, for his Wikileaks reports of war crimes committed by the US, has a bad feature.  It prevents the accused, during trial, from explaining why he revealed the truth.  She has introduced a simple amendment that would alter that law, to let a person such as Assange discuss the “why.”

For my part, regarding Assange, I have made a stink along the lines that we can’t ever allow laws that punish the reporting of crime, including war crimes. That would amount to telling the military that nothing is off the table in war. If that were so, why do we have a very good law called the War Crimes Act of 1991?

If I am to conspire seditiously one day soon, it could be over one of the terrible things that many people are complaining about these days – election fraud, lockdown, and mandatory vax for “Covid.”

In regard to the 2020 election problem, I have already expressed support for a plan adumbrated by erstwhile federal prosecutor, Sidney Powell. She has talked about martial law and using military tribunals to smack down on American traitors who have rigged the voting machines.

Note that Powell’s plan is eminently lawful. She would have preferred to recommend arrests by the DoJ (Department of Justice which is headed by the Attorney General and also contains the FBI). But she knows for sure, as I know for sure, that the DoJ and FBI are themselves wont to act criminally and they never go after persons such as vote-riggers.

Those vote riggers are not mechanics that you would hire from the Yellow Pages.  They are part of a huge organization whose goal is to control the population. Consider just Powell’s allegation that one such company was able to sell its software to many of the 50 states. She says they did it by bribing state officials, giving money to their families. Wow.

What, then do YOU want to happen?  Calling the police won’t work, thanks to corrupt state leaders, Party leaders, and the DoJ. (Powell’s book about her experience with the DoJ is aptly entitled “Licensed to Lie.”)

Sidney Powell turns to alternate laws, including ones that permit the use of military tribunals. In my December 4, 2020 Gumshoe News article entitled “Deploy Clorox,” I unearthed the 1942 SCOTUS ruling in Ex parte Quirin. It shows that a president can use a military tribunal to order the execution of an enemy found in the United States — but only during war.

Since 2001, however, thanks to Congress’s AUMF – the authorization for the use of military force — a president can act with force (and kill) persons whom he himself determines were connected to Nine Eleven and terrorism.  A rather open field, eh?

Can a US citizen be labeled an “enemy combatant”? Yes, as were Yaser Hamdi and Jose Padilla in a SCOTUS ruling in 2004.  And can there be “military commissions” to try and to convict them?  Yes, per the 2009 Military Commissions Act.

We hear a rumor that secret arrests are happening. Plane-watchers are telling us that CIA planes are flying towards known rendition sites in Europe. (I can’t verify it.)

Such activity is possibly linked to “White Hat Intel” people. I guess that means “rogue” members of CIA, DIA, and other covert agencies who dislike wearing the hat that they are ordered to wear, and so adopt a goody-goody white hat. Being the White-Hat type myself, I want to know where I stand, legally.

Thomas Jefferson’s Compromise with the Law

The following quote from the early days of the Republic might help. In 1803, much land became available for purchase from Napoleon – “the Louisiana Purchase” – for the sum of $15 million.

Thomas Jefferson, who was then president, did not approve, as it was not in the Constitution for the US to expand its territory. Congress passed a law and Jefferson got talked into signing it.  The following was the moral justification he gave:

“To lose our country by a scrupulous adherence to the written law, would be to lose the law itself, with life, liberty, property and all those who are enjoying them with us; thus absurdly sacrificing the ends to the means.”

Certainly, in the present context of an allegedly stolen election, we can say that the survival of us as individuals, and the survival of the Republic, are valid ends. They should not be sacrificed EVEN FOR THE TEXT OF THE CONSTITUION.

In 1963, in the US Supreme Court case Kennedy v Mendoza-Martinez, Justice Arthur Goldberg stated: “While the Constitution protects against invasions of individual rights, it is not a suicide pact.”

I have in mind the Constitution laying out some perfectly good rules of procedure for electing a president (in Article II and in the Twelfth Amendment). But if traitors are undermining that and virtually cancelling fairness, let’s not treat the parchment as a demand for us to take no alternative action.

Why should we accept Biden as president (or Trump, for that matter) if he were not duly elected?

What about Me and Thee?

Now back to the question of the very text of 18 USC 2384. It is a law that criminalizes, and punishes, people who try to overthrow the US government. If the folks who committed that seditious conspiracy in order to preserve the US government – as against interlopers, traitors, or robot-minded individuals ruining the Republic – wouldn’t they be doing the morally right thing? Yes.

Arguably, they were doing the legally right thing, too. The Constitution contains abstract principles which are sometimes relied on by SCOTUS justices in their rulings. One of these is the balance of power — the three branches, and the states, should each guard its allocated powers jealously. If they don’t, they are ruining the Republic.

Consider the fact that, in 2017, I sued to get an injunction against President Trump who was threatening to go to war (against North Korea). Constitutionally, the sole authority for making war is the legislative branch. But Congress would not even exercise its larynx in the matter.  So I, a citizen, asked the Third Branch to sort it out.  The third branch said, in effect, “We don’t do sortings. We defer to the executive branch – by our silence.”

I am certain that both the legislature and the judiciary erred. It is their sworn duty to uphold the war power as specified in Article I, section 8 the Constitution. It is their duty to not let the balance of powers collapse.

My protest was non-violent, but if it came to violence (say I threw a grenade – clearly a punishable crime) my action would have some justification along the lines of Jefferson and Goldberg, above. North Korea could have nuked me in response to Trumps’ illegally nuking that country. The law (against violence) is not a suicide pact.

If the White Hat Intels act decently to solve the election problem, I give them – however reluctantly – my support. Probably their seditious conspiring, per 18 USC 2384, would also qualify for a normal acquittal in criminal court as being a simple matter of self-defense.

Some relevant maxims of law come to mind. The one most relevant to this discussion is – Necessity has no law — Necessitas non habet legem.

Here are a few more, selected from Wesley Gilmer’s 1986 revision of General Principle of Law, in The Law Dictionary of 1888.  English with Latin equivalent:

Crime vitiates all that springs from it — Crimen omnia ex se nata vitiat.

False in one thing, false in all — Falsus in uno, falsus in omnibus.

These are the precepts of the law: to live honorably, to hurt nobody, to render to everyone his due — Juris praecepta sunt haec, honeste vivere, alterum non laedere, suum cuique tribuere.

Law is the dictate of reason — Lex est dictamen rationis.

An evil custom should be abolished — Malus usus est abolendus.

That which is invalid in its commencement gains no strength by lapse of time — Quod ab initio valet, in tractu temporis non convalescet.

That which necessity compels she excuses — Quod necessitas cogit, excusat.

The safety of the community is the highest law – Salus populi est lex suprema.

Where there are many counselors there is safety — Salus ubi multi consiliarii.

I have recently published a “letter to my Cousin Reginald” advising him not to panic if he gets arrested over the Covid restrictions. (He is not likely to be arrested, anyway, as he believes whatever Bill Gates, Tony Fauci, or his governor have to say on the pandemic.)

I explained to Reginald my objections to the psy-op of pandemic, which is what I think it is – a very typical psy-op.  The whole point was to render the population scared and submissive. Submissive to what?  To the global takeover of the economy which is openly boasted about as “the great reset” by the World Economic Forum in Switzerland.

Hundreds of doctors have testified as to the falseness of the Covid science and the death statistics. Law enforcement people have spoken out, too. See the amazing statement by a senior police officer Kevin Dawson in Australia, who says his men were ordered to “make an example” of any hippie protestors.

Soon there will be mandatory vax.  President Trump has spent billions on the search for a vaccine and when it is delivered it will be a “vaccine passport” showing data about each person.  The citizens will be trackable. A cashless society will preclude us from making a deal with a neighbor, as all purchases will need government approval.

I won’t pause now to describe this Orwellian nightmare, except to say that if the legislatures of states and Congress won’t offer ways around it, creative methods will be needed. Some methods are proposed in my 2020 book, Grass Court: How To Use Law To Deal with the Pandemic.

I think the mood is changing, on the street, and it will soon be possible for people to open their minds to a crackdown on criminal elements in our government.

Will there be bloodshed?  How could there not be?  the Powers That Be shed our blood all the time, though keep it mum. Complete non-violence on our part is not compatible with the re-establishment of justice. I my opinion, the plans for the weird vaccination alone justify a declaration of war.

More on that later – possibly written from a jail cell. 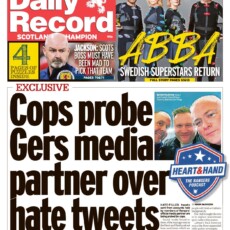