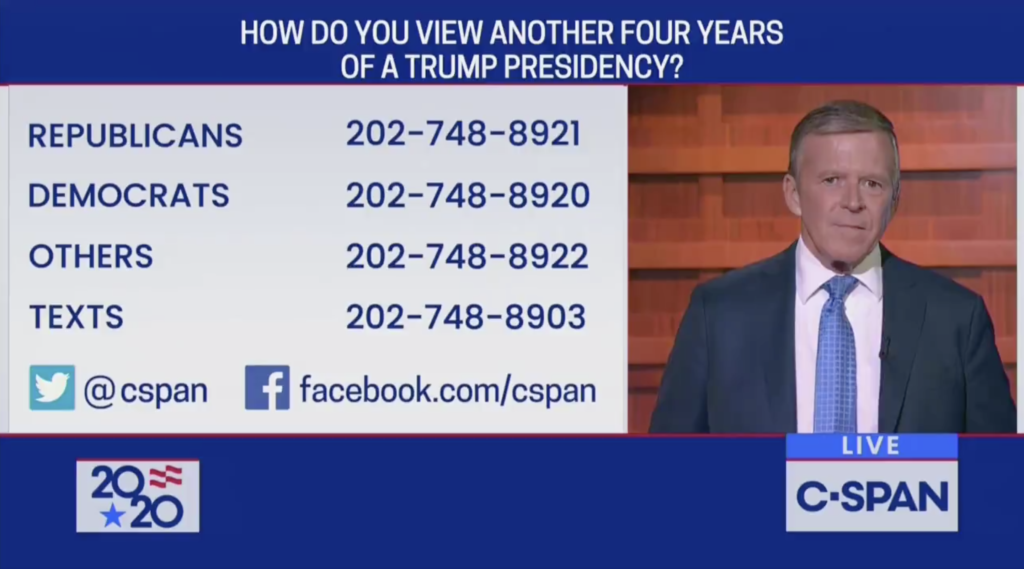 C-SPAN changed their open phone line labels after an overwhelming number of Democratic viewers called on Wednesday night proclaiming their support for President Donald Trump in the upcoming election.

“I’m a longtime Democrat, born and raised … After watching tonight … I have made up my mind. I am definitely gonna vote for Donald Trump,” said one of the many voters who dialed in.

Before the Republican National Convention, C-SPAN’s open phone lines were labeled as open for “Democrats,” “Republicans,” and “Other” viewers to call into and share their opinions on-air. After Trump’s acceptance speech at the Republican National Convention, however, C-SPAN received an influx of callers who identified as Democrat but said they would be voting for Trump in November.

Due to the increasing nature of these calls, the network adjusted the phone lines to encompass those who “Support Trump,” “Support Biden,” and “Support Others.”

So many Democrats have called into C-SPAN supporting President Trump this week during #RNC2020 that C-SPAN literally changed their call-in structure tonight to make it more even.

On left: C-SPAN after Biden speech.

While polling about the effect Trump’s speech on voters is not out yet, many of the callers who dialed in expressed their frustration with the Democratic Party as well as the Democratic National Convention.

“The DNC—I turned off…they didn’t name any policies; it was just depression … I’m voting for Trump,” one caller stated.

“[President Trump] is fighting for Americans … I used to be a Democrat…I’ve switched completely—I’m now Republican, voting Republican all the way. No more Democrat for me,” another said.

Other callers noted that President Trump and the RNC’s acknowledgment of the riots and violence in Kenosha, Wisconsin is what pushed them over the edge to change their vote.

“I’m from Minnesota, where all these riots and looting and the burning started, and, I mean, not a mention about us last week, about saving our communities, helping our homeless, rebuilding our businesses,” said one woman. “This [Republican] convention, just in the last two nights, has awakened me that there is hope—that there are people that are willing to fight for us.”

“I didn’t vote for Trump, but I am now. Most definitely. The riots going on … is that what we really want? I don’t think so. It’s amazing how the Democrat Party has changed,” she added.

*This article is corrected to show that C-SPAN made the change to their call-in labels Wednesday night instead of Thursday night. While the decision to change the labels occurred on Wednesday, it was not applied until Thursday night. 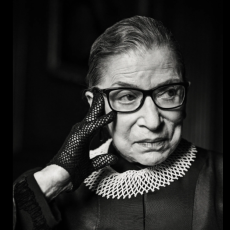