During tumultuous times such as what we are seeing today with the impeachment of Trump, it does not hurt to look back at unifying moments we have had in this country.

One such moment was the passing of President George H.W. Bush.

As most know, President Trump did not attend the services for Bush.

During the 2016 election, there were things said between the Trump and Bush camps that left scars far too deep for the Bush family to ever forgive.

After all, Trump ruined their efforts to have three members of the same family in the White House, and the Bush family will probably never forgive him for that.

Even though Trump did not attend, he did send a delegation, including Vice President Mike Pence.

As part of his remembrance, Pence revealed that former President Bush had written a letter to his son.

Will We Ever More Forward?

Civility can exist in the political world, but it is not something we are likely to see again anytime soon.

Democrats have assured us that even if they lose this impeachment, they are already calling into question the legitimacy of the 2020 election.

The next time you get fed up with the impeachment, just watch this video again to be assured of the fact there is actually some decency in our political system.

Perhaps one day that decency will find itself on the left side of the aisle. 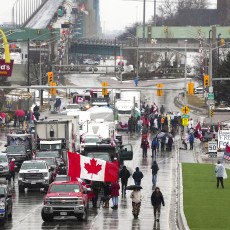 UPDATE – POLICE ARE MOVING IN ON THE CANADIAN TRUCKERS!!!! 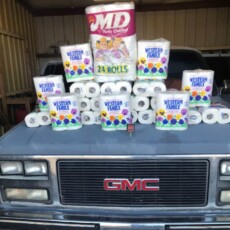 Oregon Man’s Truck Breaks Down, Is Foiled In Attempt To Steal 108 Rolls Of White Gold 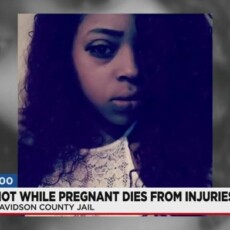