Too much factual news ends up being consigned to the Memory Hole. It’s not that some honest news items never receive coverage. Instead, all too frequently, truly important facts and perspective about events never reach enough of the public to make a difference in creating real understanding. Sadly, what I’m claiming is that the vast majority of Americans, even members of Congress, are being steered to wrong conclusions about matters that are vitally important.

Consider the late May death of George Floyd in Minneapolis. He was being pursued by police because of suspicion that he was passing counterfeit currency. When confronted by police, he acted wildly and had to be restrained. Nationwide, the public was repeatedly led to believe that the use of a knee by a policeman caused Floyd’s death and that such treatment of any person while being apprehended was a totally illegal tactic. The officer in question now faces prosecution. If he did something illegal and caused death, he should be punished.

But prosecution of the policeman is the task of the courts, not media driven mobs. Some of the conclusions fed to the demonstrators have been challenged but have never been given anywhere near the airing needed. The officer who used his knee to restrain Floyd was employing a tactic that was legal in Minnesota. A subsequent examination of video footage of the event showed that Floyd had fallen to the ground without being touched by any officer. He wasn’t pushed or tackled. The officer in question then used his knee, not on the front of Floyd’s neck which could have caused death, but on the neck’s side which does not lead to death.

Eventually, an autopsy of Floyd’s remains showed the presence of recently ingested methamphetamine and Fentanyl, two drugs that led to his aberrant behavior and subsequent death. The real cause of his death was determined to be acute myocardial infarction brought on by the pair of dangerous drugs, not the actions of the policeman who attempted to restrain him. But this is not what the public has been told.

In August, Kenosha, Wisconsin, on-duty local police officers received an anxiety-laden call from a woman about an individual attempting to steal her automobile. They rushed to the scene and found Jacob Blake who immediately sought to get away from the police. Recognizing him as the very individual involved in a previous felony sexual assault, the officers approached him, noted that he was holding a knife, and considered him dangerous. Ordered to drop the knife, Blake refused and was tasered twice with no effect.

Blake then attacked one of the policemen causing two officers to draw their pistols. When Blake sought to enter the auto he had intended to steal (he already had its keys), he reached into the vehicle and police, fearing he might be reaching for a pistol, fired several rounds to forcibly restrain him. In the hospital where he was taken, he was found to have been paralyzed from the waist down. Rioting quickly followed the shooting, and Kenosha became one of the latest scenes of mayhem marked by property destruction and human injury and death.

Democratic vice presidential nominee Kamala Harris contacted Blake by telephone and told him she was “proud of him and how he is working through his pain.” The man she is “proud” of had previously been charged with felony third-degree assault, trespassing, and disorderly conduct. And he was at it again with evidence that he had also drawn money using his victim’s stolen credit card. Kamala Harris made no attempt to discuss these matters with the Kenosha police who found themselves required to use force to subdue a criminal the Democratic Party’s candidate for Vice President is proud of.

On August 26, 2020, the Center for Health Statistics, a federal agency connected to the Centers for Disease Control (CDC), issued an update on the number of deaths due to COVID-19 as of that date. It stated matter of factly that the number of deaths attributed to COVID-19 alone was only 6 percent of the 160,000 deaths reportedly caused by the disease since its outbreak early in 2020.

In other words, most of the deaths attributed to the Coronavirus by the CDC resulted from people dying with COVID-19, not because of COVID-19. These were far and away mostly older people who had separate health problems such as pneumonia, diabetes, heart condition, obesity, and more. It cannot be stated too often — or too loudly — that COVID-19 has not been the major cause of the 160,000 deaths reported then, or a larger number reported later. Yet the American people are being told repeatedly that all of these deaths are from the coronavirus — which is a gross misrepresentation of the facts. In numerous previous years, many Americans died during flu season without draconian mandates issued by government.

All of this means that the mandated lockdown destroying many small businesses, and the so-called social distancing, quarantines, and mask wearing have converted truly free people into obedient servants of government. All of this has been unnecessary from the outset of worry about COVID-19. They have been necessary, however, at gaining control of our nation’s economy and its people.

Relying on government and mass media to gain truth has become a self-defeating proposition. Which is why The John Birch Society was created more than 60 years ago. Someone has to try reaching the people with hard truths and carefully considered perspective. 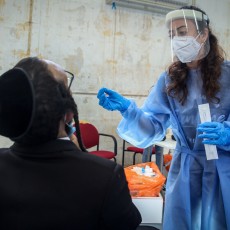 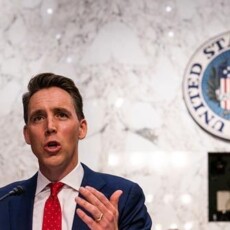 NSA Responds to Tucker Carlson Claim of Surveillance, The Generic and Very Political Non-Denial Should Alarm Everyone