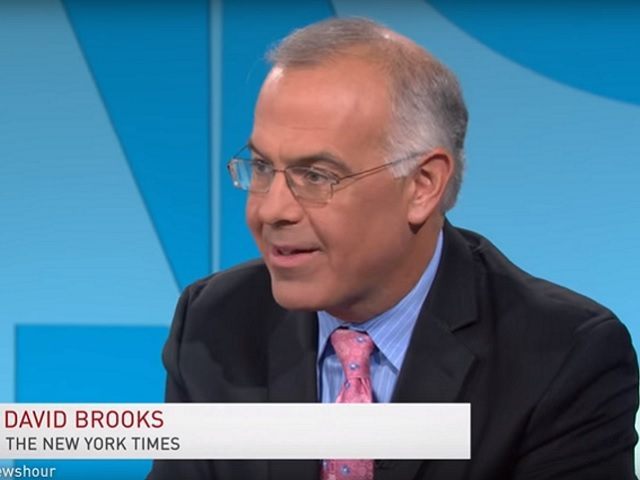 On Friday’s “PBS NewsHour,” New York Times columnist David Brooks stated that “vastly too much is being made” out of changes to the Post Office, and he doesn’t see any evidence that the changes are being done with any motive other than trying to save the agency.

Brooks began by saying, “Donald Trump’s comments are a serious issue. Because they will serve to proactively delegitimize the election if it comes out in a way his followers don’t like. And so, they will have an excuse. And they’ll say, see, Donald Trump said this all along. It was those mail-in ballots, a system that we know is honest.”

He continued, “As for what’s actually happening in the Post Office, I think much — vastly too much is being made out of this. The Postal Service is a service in financial trouble. The amount of mail is down sharply. The nature of the mail has shifted from letters to packages. So, shifting over from some of the sorting machines for letters to other things, and making room for packages processing machinery seems to be just the normal thing you’d do. There’s no evidence that I’ve seen that any of this is done with bad motives, other than try to save the Postal Service. … I don’t see any evidence that the Postal Service has become some sort of corrupt and untrustworthy institution.”