In the Miles Grand legal live broadcast on January 17, Miles Guo took the five-year-long legal stalking case of Pacific Alliance Group (PAG) as an example and analyzed the various unfair links suffered during the trial of the case. He pointed out that this is a most typical case reflecting the Chinese Communist Party(CCP)’s BGY (Blue: Media, Gold: Money, Yellow: Sexual) plan on the American judiciary. This CCP’s judicial unrestricted war in the U.S. against the Whistleblowers Movement is about to enter a frenzied battle to the death.

On January 14, New York Supreme Court Judge, Barry Ostrager, disqualified Kahlil Gordon & Lindell from representing PAG. This is a decision of historic significance. It rips a hole in the heavy darkness of the CCP’s red capital to infiltrate the American law firms, judges, and even officials in the Department of Justice. The case was territorially disputed from the beginning when it was filed in New York. The initial verdict confirmed it. Then the investigation was mind-bogglingly reopened. The so-called $30 million in unpaid guarantees signed a long time ago to release Miles from his guarantee obligations have gone through a series of black-box manipulations that have so far involved the 18th floor of the buildings of real estate, yachts, and more than $150 million in fines.

Miles emphasized that the CCP has not hesitated to spend $20 billion to start a legal unrestricted war in the United States, which, in the long run, is to completely dismantle the U.S. judicial independence system. The ultimate goal of the series of legal entanglements against Miles Guo that have begun since 2017 is to create a pretext for contempt of court to destroy the Whistleblowers Movement that Miles has created. As the end of the CCP approaches, it is bound to carry out even more frenzied attacks.

Miles Guo said that this case has attracted a lot of attention from the mainstream media, the American Bar Association (ABA), the Ministry of Justice, and even members of Congress. As long as the evidence is solid and true and the process is fair, he firmly believes that American democracy and the rule of law will still play a huge role. We will definitely win this legal unrestricted war in the end. 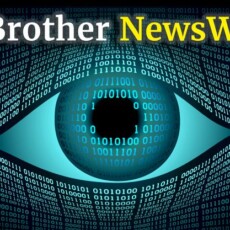