On November 12th, in the live broadcast, Mr. Miles Guo pointed out that the G series of the New Federal State of China is thriving with current historical opportunities. The birth of virtual currency brought a new financial era that had never existed for thousands of years. The H-coin achieved extraordinary success and will be on top of this area because it is connected with G-Club, GTV, Gettr, and other G series services.

Mr. Guo also stated that, now the Gettr free live broadcast functions with high-definition, simultaneous subtitles, 5K-streaming, and is compatible both on mobile devices and desktops.

Mr. Guo also talked about the unique value of GTV in that it possesses the world’s best live video platform and payment system, which is not available on other social media.

At the same time, Mr. Guo also outlooked the high-quality life of G-Club members. The New Federal State of China will digitize and blockchain all its assets and art pieces. Because digitized art piece will be worth millions of dollars. Thus, the citizens of the New Federal State of China can afford a house only with dozens of H-Coins in the future.

Lastly, Miles Guo told us that ever since the Three Kingdoms era, to the Chinese Dynasties, until the Communist China, everyone including the emperors had fought only for their family benefits. However, the citizens of the New Federal State of China will take the responsibility for all the human beings, which is the historical mission that God gives us. 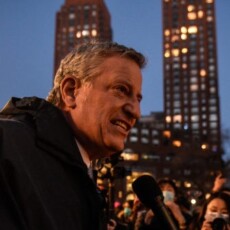 Biden names Obama goon to be chief of staff…