The British Ministry of Defense (MoD)  analyzed that the Russian army is likely to have lost one-third of the ground forces it put in the invasion of Ukraine in February.

The MoD released an analysis of the Russian invasion on the 15th, saying that the attack on the eastern Donbus region is “significantly behind schedule”. There has been no substantial acquisition of territory in the past month.

Furthermore, it was analyzed that it is highly possible that one-third of the ground force that was put in in February was lost.

The MoD also pointed out that the chronic lack of equipment to cross rivers and the decline in morale may have hindered the Russian military operations. 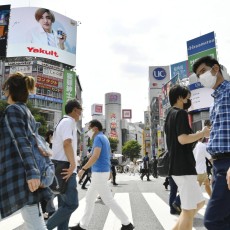 Japan eliminates COVID-19 Delta in its totality with Ivermectin, ‘Experts’ Stumble to Invent Other Reasons