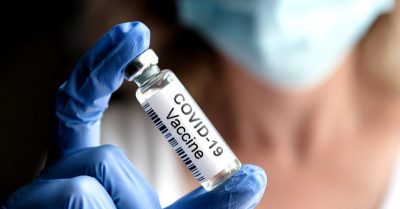 In total, more than 30,000 vaccinees reported more than 100,000 adverse reactions to the vaccine by the end of January. Most notable are 13 people who went blind after the vaccination, eight miscarriages and a total of 236 fatal cases, Epoch Times reports.

The list of side effects and adverse reactions to Corona vaccinations is getting longer. A report by the UK’s Medicines Regulatory Agency (MHRA, a body that licenses and oversees medicines in the UK, similar to the Paul Ehrlich Institute in Germany) now adds blindness and miscarriages to already known reactions to vaccines, such as pain, facial paralysis and blood disorders. The report was updated on February 11 to include reports of suspected adverse reactions from the start of the vaccination campaign on December 9 through the end of January.

Officials say that “more than 110,000 people in the UK have died within 28 days of a positive coronal test.” By comparison, about four million people tested positive, while overseas colonies (including Gibraltar, the Cayman Islands and Bermuda) contributed a few thousand cases. This results in a mortality rate of about 2.5 percent, which is roughly equivalent to the mortality rate of a regular flu.

More side effects at AstraZeneca Vaxzevria

As with VAERS in the U.S., Britons can report suspected adverse reactions and adverse events to vaccines in what is known as the “yellow card scheme” and give a drug a “yellow card.” According to the government report, by the end of January, 9,262,367 people had received one vaccination and 494,206 people had already received two. During the same period, a total of 32,139 yellow cards were collected, with more than 100,000 individual responses. The first notifications date back to December 9, the first day of vaccinations.

About two-thirds of the notifications and nearly 60,000 individual responses in the yellow card scheme relate to Pfizer/BioNTech‘s vaccine. With the exception of 72 cases in which the manufacturer was not specified, the rest fall to AstraZeneca. Although the Moderna vaccine has also been licensed in the UK since January 8, it is not mentioned in the government report.

The distribution of reports across vaccines roughly reflects the vaccines administered. However, it is notable that a report on AstraZeneca contains an average of four separate responses, while for Pfizer/BioNTech there are “only” about 2.5 responses on each yellow card. As “dailyexpose.co.uk” calculates, this means that about one in 333 vaccinees reported side effects or adverse reactions. In reality, however, there could be even more cases “as some may not have been reported under the yellow card scheme.”

That AstraZeneca also causes side effects in Germany was also recently experienced by the emergency department in the district of Minden-Lübbecke. After employees took advantage of a short-term vaccination offer from AstraZeneca – the vaccine is not approved for people over 65 – several employees reported sick. “As a result, the emergency services were not optimally staffed,” district spokesman Florian Hemann told the “Westfalen-Blatt” at the time. Neighboring rescue stations and the DRK assisted.

The “yellow card” regulation includes, in addition to the side effects and reactions already known from the vaccine studies of the manufacturers, even more.

Side effects of Corona vaccines

In total, the reports included 1,280 eye conditions. “Optical impairment and blindness (other than color blindness)” occurred in 53 reports on Pfizer/BioNTech [ed. note: see page 8], as well as 26 yellow cards for AstraZeneca [page 6] and one report without naming the vaccine [page 4]. In thirteen cases (5 Pfizer, 8 AstraZeneca) the report speaks of (complete) blindness after vaccination. 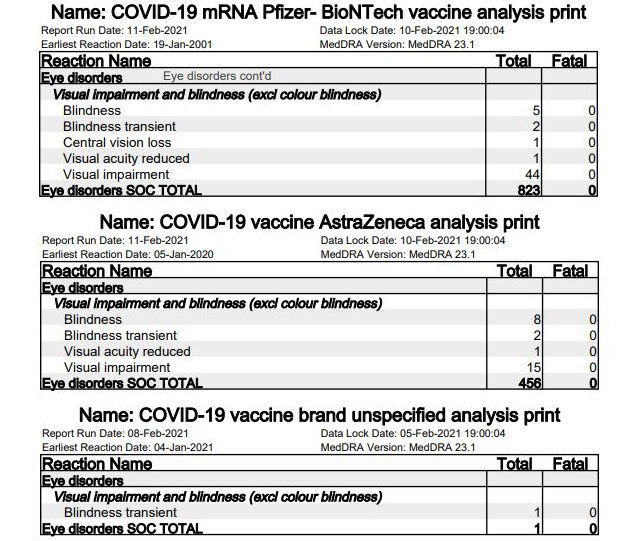 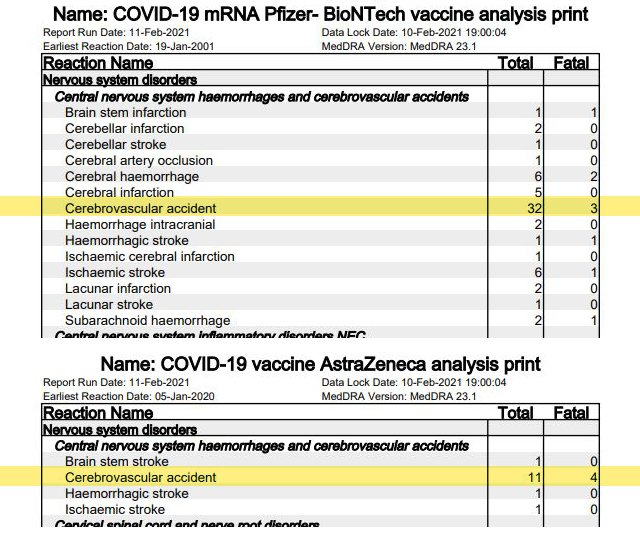 Because of insufficient data, neither Pfizer/BioNTech nor AstraZeneca and Moderna approved their vaccines for pregnant women. What effects mRNA vaccination has on fertility or on nursing mothers is also unknown, they said. For its part, the British government announced before the vaccination campaign began that “pregnancy should be excluded in women of childbearing age before vaccination [and] pregnancy should be avoided for at least two months after the second dose.”

Yet the yellow card regulation lists eight [page 36] suspected pregnancy-related cases for Pfizer/BioNTech, and nine [page 28] for AstraZeneca. About half of these involve “spontaneous abortions” or miscarriages. In two cases, premature deliveries or premature rupture of the amniotic sac occurred after vaccination with AstraZeneca. 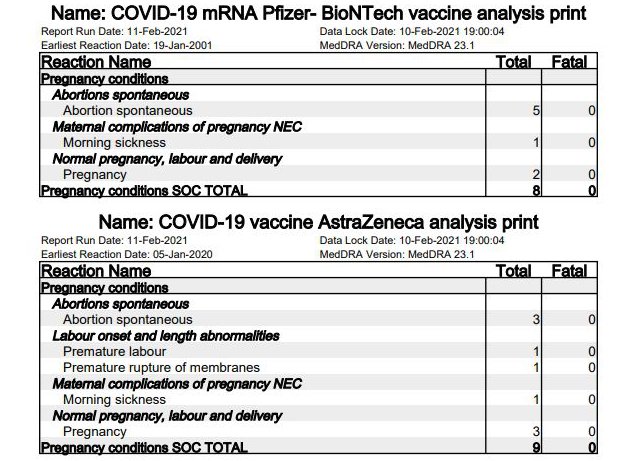 There have also been 107 facial nerve disorders reported after Pfizer/BioNTech vaccinations, including paralysis, paresis and spasm. Following vaccinations by AstraZeneca, 17 reports have been received so far. Paralysis in other parts of the body occurred in at least 21 cases (Pfizer 15, AstraZeneca 5, unattributed 1). In most cases, the paralysis symptoms had disappeared after a few days.

Deaths have also been reported in the UK in the time sequence of vaccinations. The reports included a total of 236 cases with fatalities. Of these, 141 are explicitly listed as “deaths”; all other cases mention another fatal side effect. 76 cases relate to Pfizer/BioNTech’s vaccine [p. 13], 64 cases to AstraZeneca [p. 10]. One case is not attributed to the vaccine [p. 6].

Particularly notable among the deaths are 15 cases of “sudden death” (nine at Pfizer/BioNTech, six at AstraZeneca), who according to “dailyexpose” “dropped dead immediately after vaccination.” 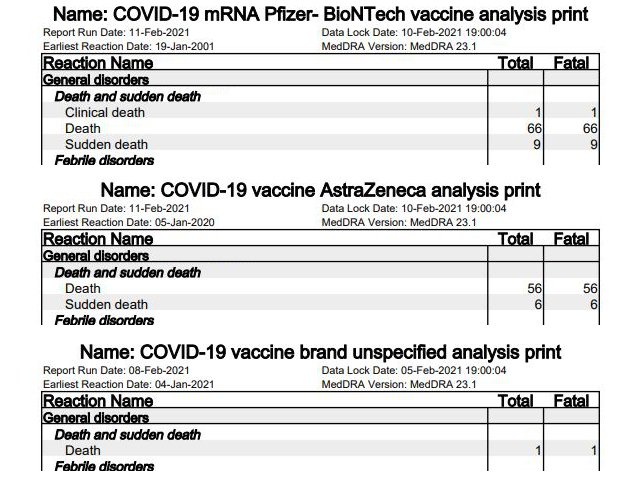 In light of these figures, the MHRA states, “A large proportion of those vaccinated to date as part of the vaccination campaign are very elderly and many of them will also have pre-existing conditions.” The agency therefore concludes that both vaccines raise “no other new safety concerns.” All vaccines and drugs have “certain side effects,” but in the case of the Corona vaccines, these are “consistent with expectations from clinical trials.” It goes on to say:

Following a very extensive exposure of the UK population, no new safety concerns have emerged from the reports received to date, and for the cases of other diseases reported in a temporal association with vaccination, the available evidence does not currently indicate that the vaccine caused the event.”

In contrast, the definition of a “coronadode” which means that someone in the UK “definitely died from COVID-19” applies for up to 28 days after a positive test result. That period is about 10 to 14 days longer than it takes for someone who has tested positive to be officially counted as recovered. 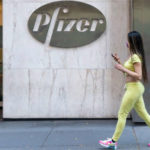 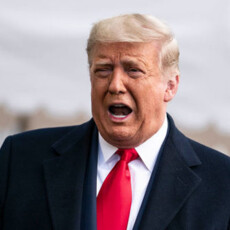 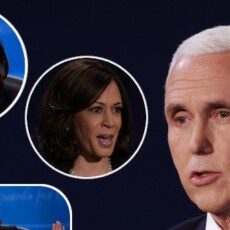