Breonna Taylor’s mother Tamika Palmer slammed the Black Lives Matter movement on Wednesday and called the organization a “fraud” in a Facebook post.

Palmer gave credit to friends, family, and local members of the community for supporting her family after 26-year-old Breonna Taylor was killed during a botched police raid in March 2020 in Louisville, KY.

In the post, she criticized the Black Lives Matter Lousiville chapter and called KY state representative Attica Scott a “fraud.” Rep. Scott is a Democrat who has pushed to prohibit no-knock warrants.

“I have never personally dealt with BLM Louisville and personally have found them to be fraud, Attica Scott another fraud,” Palmer said.

She also attacked BLM Louisville for “[raising] money on behalf of Breonna’s family,” and said that they’ve “never done a damn thing for us when we needed it or asked.”

“It’s amazing how many people have lost focus … I’m a say this before I go,” Palmer concluded. “I’m so sick of some of y’all and I was last anybody who needs it.”

“Enough is enough!!” she finished.

ANTIFA Fugitive Confronts Federal Agents, Then They Light His A** Up 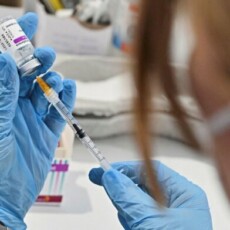 Pfizer Clot Shot Is Tracking You (if you got it) 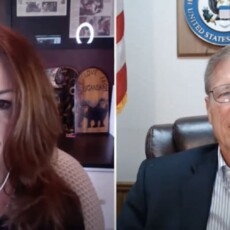