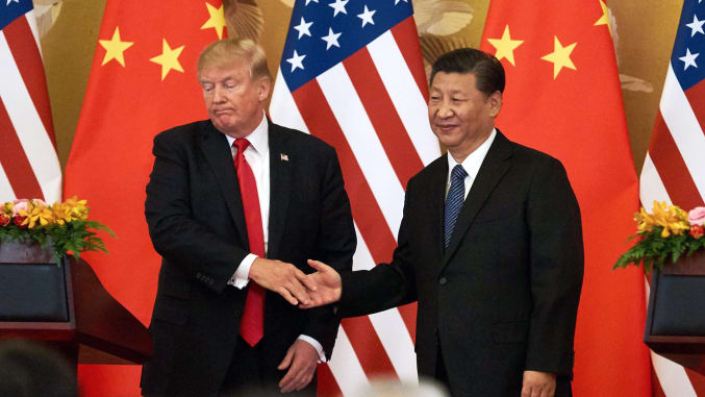 Just hit the wires in the past 10 minutes…

and will sanction any company doing business with them after 45 days.

President Donald Trump has signed an executive order to ban transactions with TikTok’s parent company ByteDance. The executive order says the US “must take aggressive action against the owners of TikTok to protect our national security.”

Under the order, beginning in 45 days, any US transaction with ByteDance will be prohibited.

In the TikTok executive order, he says he has found “additional steps must be taken to deal with the national emergency with respect to the information and communications technology and services supply chain.”

“Specifically,” he adds, “the spread in the United States of mobile applications developed and owned by companies in the People’s Republic of China (China) continues to threaten the national security, foreign policy, and economy of the United States.

Drudge won’t have the story until he reads Citizen Free Press and posts it in two hours.