Well, it looks like turncoat Michael Cohen is now running his mouth about former President Donald Trump. What all does he have to say?

The ex-lawyer of former President Donald Trump and his self-described “fixer”, Michael Cohen, is now off of house arrest and he is making a huge splash, to say the least. Turncoat Michael had a very public falling out with his old client in 2018, and that is when Turncoat Micheal Cohen began cooperating with the FBI in their investigation into the Trump campaign.

They sentenced Cohen to three years in prison because he facilitated hush money to two women who claimed that they had had an affair with Trump. He also was charged with evading taxes and lying to Congress.

Now that his prison stint is finally over, Cohen is now attempting to warn the public of what he perceived as the corruption of former President Trump. No word on whether anyone will warn the country on the corruption of the Clintons, but I digress. Cohen is claiming that he witnessed most of Trump’s dishonesty firsthand.

Trump still remains the favorite to win the GOP presidential nomination in 2024, but he has yet to announce his intention to run.

In his recent comments to Meet the Press, Cohen claimed that he didn’t believe President Trump was going to run at all.

“Yeah, so this should become a documentary, and it should be called the greatest grift in U.S. history. … So, one of the biggest problems for Donald Trump is that he makes a statement, right, that ‘I’m thinking about [running], I’m thinking about it.’ That’s only to keep the grift growing and to keep the grift going.
…
If he loses, and he will in 2024, what happens to the big lie? The big lie disappears. He can’t now be like the boy who cried wolf. ‘Oh, they stole it from me in 2020, they now stole it from me in 2024.’ Right? Now that goes out the door, and there goes his money, there goes the big grift. So, like I said before, it’s not going to happen. He’s going to run it — like he did in 2011 — right to the very, very last second.”
In earlier comments on CNN, Cohen also said Trump wouldn’t run due to his “fragile ego,” which couldn’t bear the branding of a “two-time loser.”

Either way, it’s likely that the former President will wait until the 2022 midterms have been completed to announce his intentions to either announce – or rule out – his candidacy for the nomination for the Republicans during the 2024 U.S. Presidential Election.

Either way, there are a lot of people who are putting their own spin on Cohen’s comments. One individual cited the 60 million votes that the former president received, while others noted that they “hoped he was right” and that Trump would decide not to run. Time will tell, I suppose, but I myself would definitely take Trump over another term of Biden, that is for sure. 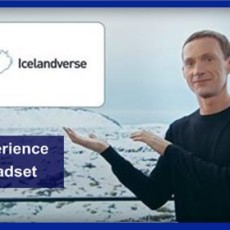 Iceland Unveils Meta-Challenging ‘-Verse’ Where “Everything Is Real” [Video]