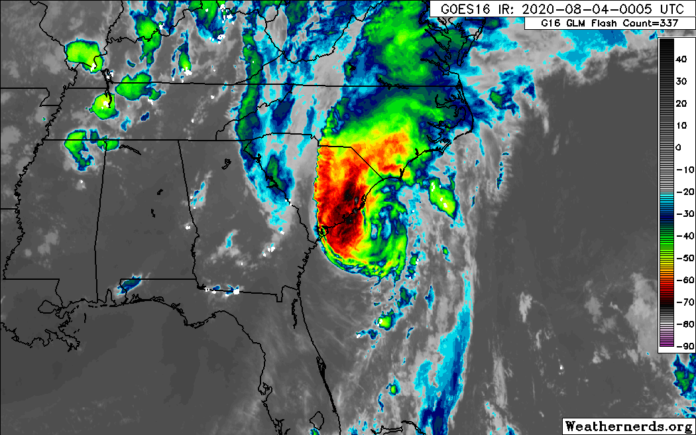 Hurricane Isaias is getting better organized as it makes one final push at strengthening before making landfall within the next few hours in the Carolinas.

On the forecast track, the center of Isaias will approach the coasts of northeastern South Carolina and southern North Carolina within the hurricane warning area this evening. The center will then move inland across eastern North Carolina early Tuesday morning, move along the coast of the mid-Atlantic states on Tuesday, and continue across the northeastern United States Tuesday night.

Gradual weakening is anticipated after Isaias makes landfall in the Carolinas and moves across the U.S. mid-Atlantic region tonight and Tuesday. Tropical-storm-force winds extend outward up to 125 miles (205 km) from the center. During the past couple of hours, a sustained wind of 45 mph (72 km/h) and a gust to 52 mph (83 km/h) were measured by a Weatherflow site at Folly Beach Pier, South Carolina.

1. There is the danger of life-threatening storm surge inundation along portions of the immediate coastline and adjacent waterways of northeastern South Carolina and the North Carolina coast, including portions of Pamlico and Albemarle Sounds. Residents in these areas should follow advice given by local emergency officials.

2. Isaias is expected to be at or near hurricane strength when it reaches the coast of northeastern South Carolina and southern North Carolina in a few hours, and hurricane conditions are expected in the Hurricane Warning area this evening.

3. Isaias is expected to bring widespread sustained tropical storm force winds and wind gusts to hurricane force to the mid-Atlantic coast, including portions of the Chesapeake Bay region, on Tuesday, which could cause tree damage and power outages. Tropical storm conditions are expected to spread across New England late Tuesday into early Wednesday.

4. Heavy rainfall along the East Coast near the path of Isaias will result in flash and urban flooding, some of which may be significant in the eastern Carolinas, mid-Atlantic and northeast through Wednesday. Widespread minor to moderate river flooding is possible across portions of the Carolinas and the Mid-Atlantic. Quick- responding rivers in the northeast will also be susceptible to minor river flooding. 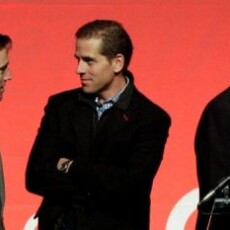 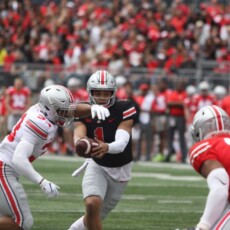