Decision Desk HQ announced on Thursday night that Kari Lake was the winner of the Arizona GOP gubernatorial primary.

Corrupt Arizona officials stopped counting on Tuesday night after Kari Lake pulled ahead in her race.

The state officials then took most of Wednesday off and only released 5,000 more ballots by the end of the day.

“This is more than an election – it is a beautiful movement by so many people across our beautiful state to finally put Arizona First.”
Kari Lake released the following statement:

“Though the results took longer than they should have, Arizonans who have been forgotten by the establishment just delivered a political earthquake. My opponent Katie Hobbs had one job in government, and that was to ensure an efficiently-processed election. She failed spectacularly, and yet just like every other failed establishment politician, now she wants a promotion. Arizona just sent a clear message: our state is done with failed politicians like Katie Hobbs.

“This is more than an election – it is a beautiful movement by so many people across our beautiful state to finally put Arizona First. Our renewed Republican Party is now coming together to fight for a brighter and more prosperous future for every Arizonan. We will stop schools from indoctrinating our children and stop government bureaucrats from shutting down our businesses and livelihoods. We will get our homeless off the streets, invest in our families, and protect the quality of life in our neighborhoods. We will put an end to the fentanyl, human trafficking, and drugs flowing across our open border. Starting tonight, we fight to defeat the radical, corrupt, incompetent Democrats and put our government back into the hands of the great people of Arizona!” 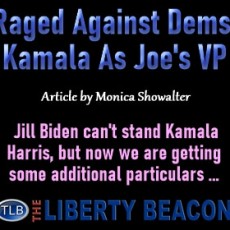