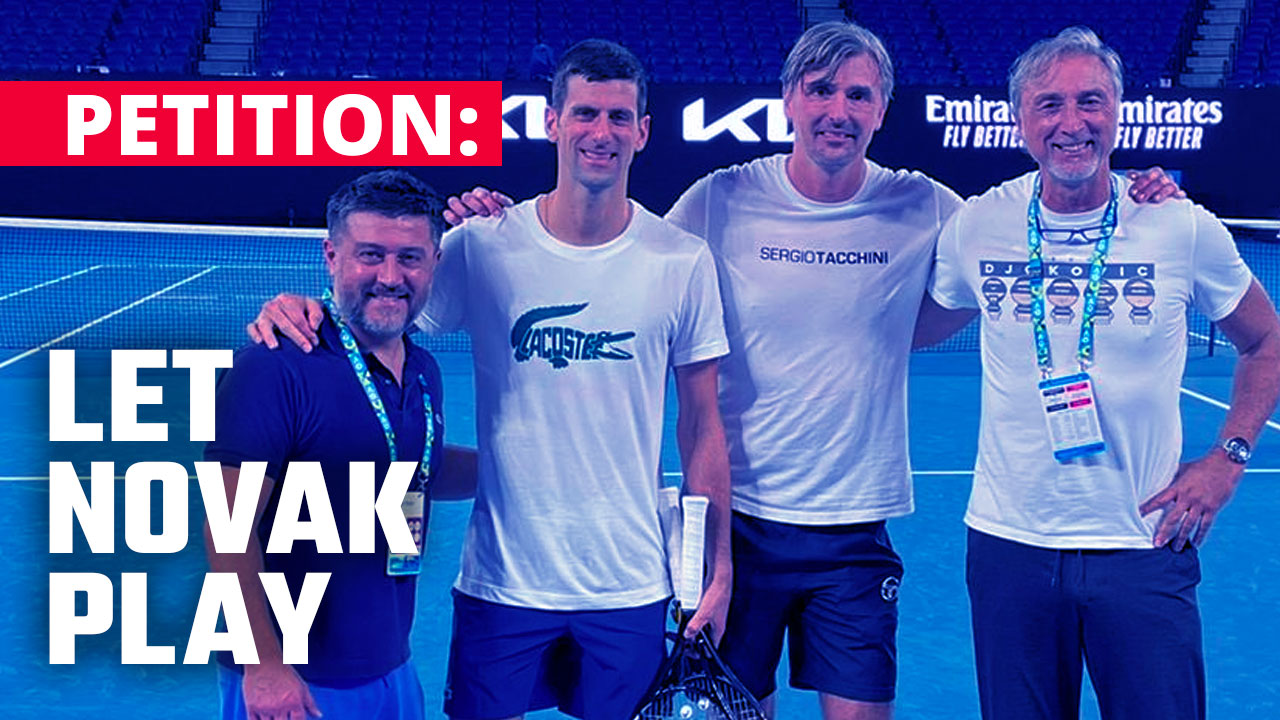 Sign our petition if you agree that the world’s best tennis player should be able to play in the Australian Open.

World No.1 Novak Djokovic has lost his bid to stay in Australia to compete in the Australian Open.

In a dramatic hearing of the Federal Court of Australia, which began at 9.30am this morning, Djokovic’s legal team was unsuccessful in its application.

The decision was unanimous and Djokovic was ordered to pay the government’s legal costs.

Earlier in the day Nicholas Wood SC, argued that the immigration minister’s reasoning for cancelling Djokovic’s visa – that it might incite anti-vaccination sentiment – could also be a concern by forcefully removing him from the country.

He stated that the Minister’s reasoning was irrational and did not properly consider both possible scenarios.

“It was irrational for the minister to only contemplate the prospect of the fostering of anti-vax sentiment that might accrue from Mr Djokovic playing tennis … and yet not consider the binary alternative, which was the prospect of anti-vax sentiment being fostered consequent to or following from coercive state action – being cancellation (of Djokovic’s visa) and expulsion.

“It is irrational or unreasonable to look at only one side of the coin.

“There was only one single item of evidence … that actually bore on this question and that item of evidence was the BBC report that only suggested anti-vax sentiment aggravated by the cancellation option.

“There was no evidence at all about anti-vax sentiment being fostered by the option the minister did not pursue, which is simply letting my client play tennis for two weeks.”

In summary: The state wants to DEPORT Novak Djokovic for unproven thought crimes.

Today’s ruling will decide if Australia is still a free democratic society.

This is much bigger than one tennis star.

Stephen Lloyd SC, representing Immigration Minister Alex Hawke, argued Djokovic’s continued presence in Australia “may be a risk to the health of the Australian community” arguing that if Djokovic wanted to be vaccinated, he could be by now.Mr Lloyd has returned to court to fight for Djokovic’s deportation.

Mr Lloyd also cited Serbia’s low vaccine rates as an example of the potential of Djokovic’s influence on ‘anti-vax’ sentiment.

“Mr. Djokovic’s iconic status must be highest in Serbia. In Djokovic’s home country, it is estimated that under half of the country is fully vaccinated,” he said. He argued Djokovic’s views are one thing and how they are publicly perceived another.

They are clutching at straws in such an offensive manner.

Earlier, Serbian Sports and Youth Minister Vanja Udovicic expressed his concern that Djokovic had been treated unfairly and inhumanely by Australian authorities and said that his country is already considering the next diplomatic steps it might take after the court case is heard.

“I am sorry that Novak as a champion has to go through all (this),” Serbian news agency Tanjug quoted.

“From the moment he entered the country, all the inconsistencies have come to light and – I have to say – the inhumane treatment of the best sportsperson in the world is what worries all of us, and renders the parameters that should be the same for everyone absurd.”

Letters to the Future from the Time of ‘The Crazy’ [Dispatch No. 001] 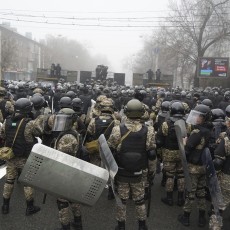 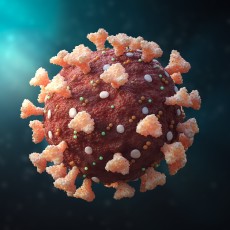 Anyone Falling for the Moneypox Hoax. How Many Times Must the Taxpayers Be Ripped Off Before Fauci and Gates Get Jailed for Such Blatant Obvious Frauds