Washington, DC – Today, Rep. Adam Schiff (D-CA), the Chairman of the House Permanent Select Committee on Intelligence, announced that, as part of its ongoing investigation into the Department of Homeland Security (DHS) and the Office of Intelligence and Analysis (I&A), the Committee received a whistleblower reprisal complaint alleging serious wrongdoing by officials at the Department and reprisal against former I&A Acting Under Secretary Brian Murphy for making protected disclosures. Mr. Murphy filed the whistleblower reprisal complaint on September 8, 2020 with the DHS Office of Inspector General.

After receiving the complaint, Chairman Schiff sent a letter today requesting that Mr. Murphy appear for a deposition pursuant to a subpoena on Monday, September 21, 2020.

The whistleblower reprisal complaint depicts a sustained and disturbing pattern of misconduct by senior Trump Administration officials within the White House and DHS relating to the activities of DHS’s I&A—an element of the U.S. Intelligence Community which Mr. Murphy led from May until August of this year, before he was reassigned to DHS’s Management Directorate, and where he previously served as Principal Deputy Under Secretary beginning in March 2018. The complaint alleges repeated violations of law and regulations, abuses of authority, attempted censorship of intelligence analysis, and improper administration of an intelligence program related to Russian efforts to influence the U.S. elections.

After sending the letter with the complaint, Chairman Schiff released the following statement:

“The whistleblower retaliation complaint filed by former Acting Under Secretary for Intelligence and Analysis Brian Murphy outlines grave and disturbing allegations that senior White House and Department of Homeland Security officials improperly sought to politicize, manipulate, and censor intelligence in order to benefit President Trump politically. This puts our nation and its security at grave risk.

“Mr. Murphy’s allegations are serious — from senior officials suppressing intelligence reports on Russia’s election interference and making false statements to Congress about terrorism threats at our southern border, to modifying intelligence assessments to match the President’s rhetoric on Antifa and minimizing the threat posed by white supremacists. We have requested Mr. Murphy’s testimony before the Committee, pursuant to subpoena if necessary, alongside other already scheduled interviews with other DHS officials.

“But this complaint also puts into stark relief how dangerous and harmful it is for American voters that the Trump Administration has decided to end briefings to Congress about foreign interference in our upcoming election. Last month, in a bid to prevent informing the American people and its elected representatives about Russian efforts to help President Trump and hurt Joe Biden, the Trump Administration announced that it would cease briefing Congress in person, and rely on written products alone. But if written products are being altered for political reasons, or worse withheld entirely, how can the American people trust that this Administration will inform voters on how foreign powers are trying to influence them, or where the threats really come from, and protect our national security— particularly when it contradicts the President’s preferred narrative or personal political interests? In short, they can’t, and that’s dangerous.

“We will get to the bottom of this, expose any and all misconduct or corruption to the American people, and put a stop to the politicization of intelligence.”

On August 3, 2020, the Committee launched an investigation into I&A’s expanded intelligence activities, including its actions in Portland and involvement in the Administration’s response to protests nationwide, and requested a series of documents and raw intelligence reports. On August 19, 2020, following a limited production of documents by DHS, the Committee officially requested additional documents, raw intelligence reports and finished products, and requested interviews with senior officials. The Department has produced additional documents to the Committee since these initial steps and begun to schedule interviews with relevant officials, and the Committee expects the Department to continue cooperating with its investigation. 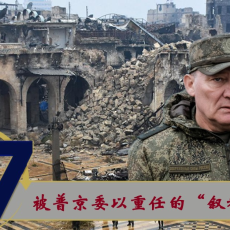 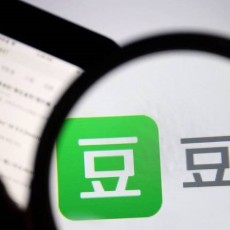