Candian Bridge City News reporter Jeannette Rocher goes off-script during her interview with Doctor Stephen Malthouse who speaks of COVID with medical research assessments forming deductions authorities will not mention while this information runs against their NWO agenda. 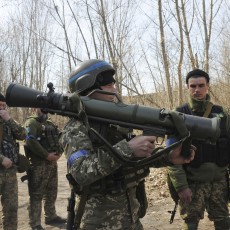 US Announces Additional $800 Mn in Weapons Aid to Ukraine

Riccardo preaching only to the converted