Fairfax County Public Schools has reinstated two books despite complaints from parents that the literature depicted and legitimized obscene and pedophilic material. Parents confronted the school board with the graphic images contained in the books beginning in September. Fairfax County Public Schools (FCPS) announced the books were restored to libraries after two committees reviewed them.

The books, “Lawn Boy” and “Gender Queer” have been determined by the District as helpful to the LGBTQ community. Fox News reports “Lawn Boy” by Jonathan Evison includes long sections of a boy reminiscing about explicit experiences he had at 10 years old. “Gender Queer: A Memoir” is by Maia Kobabe and includes photos of sexual acts between a boy and a man.

Virginia mother and president of Parents Defending Education, Nicole Nelly, told Fox News last week, “It’s appalling that Fairfax County’s response to parental feedback is to quibble over the definition of ‘pedophilia’ and to shame and denigrate families who are concerned about this material.” 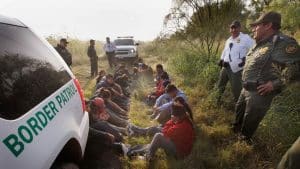 TRENDING
Report: ‘At Least 160,000 Illegal Immigrants’ Have Been Released Into U.S. Since March

“By attempting to normalize this content – and reinstating these books under cover of darkness right before Thanksgiving break – FCPS has demonstrated that in their eyes, parental input is a bug, not a feature, in the system” added Nelly.

FCPS, however, claims that two committees comprised of school administrators, librarians, parents, and students determined that the books did not contain pedophilia, nor did they violate regulations by including obscene material.

“The decision reaffirms FCPS’s ongoing commitment to provide diverse reading materials that reflect on our student population, allowing every child an opportunity to see themselves reflected in literary characters” said FCPS in a released statement.

“Both reviews concluded that the books were valuable in their potential to reach marginalized youth who may struggle to find relatable literary characters that reflect their personal journeys” the statement continued.

Michael Sabbeth, Colorado attorney and author of “The Good, The Bad & The Difference: How to Talk With Children About Values” says “the Board’s assertion cleverly employs a logical fallacy—a strawman argument.”

While the board’s “refutation alleges the material affirms students with ‘marginalized identities’ and acknowledges the ‘difficulties nonbinary and asexual individuals may face’, their justification ignores and fails to negate allegations of obscenity, pornography and or pedophilia” states Sabbeth.

“Ironically, the Board’s justification demeans those it alleges to support. If, for example, pedophilia is in a book, arguing it helps youngsters is morally beneath contempt. To virtuously support those individuals, the Board need do no more than advance this unambiguous message: Treat all people respectfully” Sabbeth concludes. 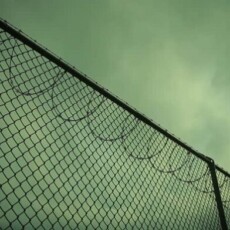